Why is the mortality rate falling in England?

COVID-19 has infected more than 50 million people and been responsible for the deaths of 1.2 million people around the world. No miracle cure has been found, nor any spectacular advances in treatment made. However latest figures in England show a reduction in mortality rates. The reasons for this reduction remain in part unknown. 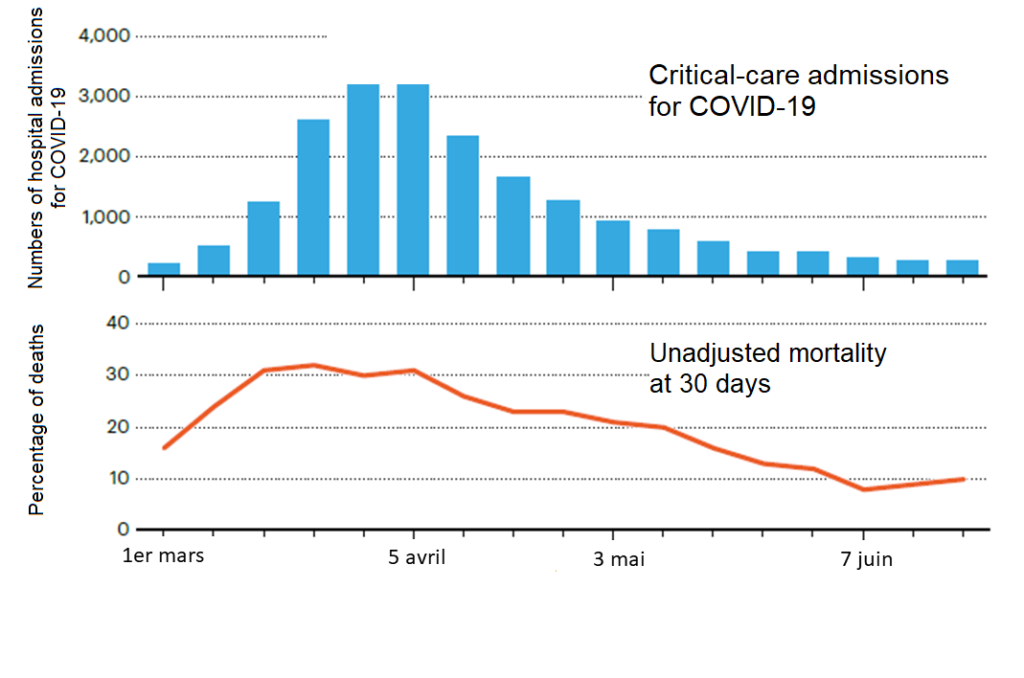 The first thing to note is that the calculation of mortality rates is complex and numerous factors have to be taken into account. For example, fatality rate figures depend on testing methods, so that a country that tests only severe cases will have a lower fatality rate than a country testing widely. What’s more, data is very difficult to obtain from certain countries.

A second element that might explain the decrease is the way that doctors treat their patients, especially since the health system has not been overburdened as it was during the 1st wave. Health workers from other sectors used as reinforcements for intensive care staff are more battle-hardened now.  However, this progress is balanced out by the increase in the number of cases world-wide.

A third factor is to do with the effectiveness of social distancing and other protective measures in reducing transmission of the virus between individuals.

Finally, we might take into consideration the treatments used to fight the illness. Even if several studies now seem to indicate the absence of any benefits from hydroxychloroquine, other therapies have shown some effectiveness: steroids, purified antibodies and immunosuppressive drugs (in order to combat the cytokine storm in critically ill patients). However, the principal effect of these treatments is to reduce the number of hospitalisations but not the mortality rate, so they cannot be held responsible in themselves for the reduction in deaths.

Why is the mortality rate falling in England? Heidi Ledford, Nature, Nov. 11 2020.