Which domains of the spike do antibodies target?

The majority of vaccines developed against SARS-CoV-2 enable the production of antibodies targeting the spike (S) surface protein of the virus. This comports several domains, the main one being the RBD (Receptor Binding Domain) that binds with the ACE2 cellular receptor to enable entry of the viral particle into the cell. The role of other domains such as the NTD  (N Terminal Domain) is still not well understood. American researchers at the Universities of Texas and of North Carolina recently analysed the regions (epitopes) targeted by those antibodies directed against the S protein.

In conclusion, in contrast to what we might have thought, the majority of antibodies directed against the S protein of the virus do not target the RBD, the domain responsible for the entry of the virus into the cell. Those antibodies whose epitopes are located outside the RBD therefore play an important role in protection against SARS-CoV-2. 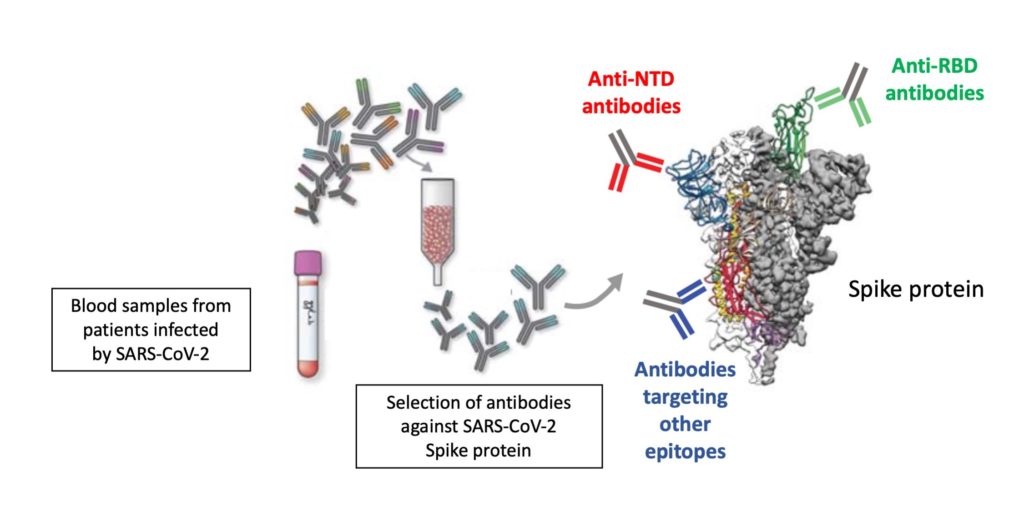