The Epsilon variant could be more resistant!

Numerous SARS-CoV-2 variants have appeared over recent months, including the Californian or Epsilon (ε) variant. This new strain emerged at the beginning of 2021 in California, and had been detected in more than 34 countries, including France, by May. The spike surface protein of this variant carries the L452R mutation in the RBD (the region which binds to the ACE2 cellular receptor to enable the virus to enter the cell) and 2 other mutations, the S13I and W152C in the NTDs (regions that play a role in the virus’ binding to the cell). We already know that other variants such as the South African or Beta (b) have a certain resistance to antibodies produced by vaccination. Does the Californian variant possess the same characteristic? American and Swiss researchers (at the Department of Biochemistry, University of Washington; Vir Biotechnology, SanFrancisco; and Humabs BioMed company, Switzerland) have just carried out an evaluation of the Epsilon variant’s resistance.

The researchers first of all carried out tests on the neutralisation of pseudo-viruses (viral particles that mimic the spike protein but are unable to replicate) by the antibodies of individuals who were vaccinated or had been infected by the Wuhan strain. They evaluated the serum of 15 people vaccinated with the Moderna vaccine and 15 people with the Pfizer-BioNTech vaccine. The scientists observed a reduction in neutralisation capacity of the Epsilon variant by about 2,4 times with Moderna and 2,3 times with Pfizer-BioNTech as compared to the virus’ orginal strain. With regard to the antibodies of infected individuals, 9 serums were tested. The researchers observed a reduction in neutralisation capacity of 3,5 times for the Epsilon variant compared with the original strain. 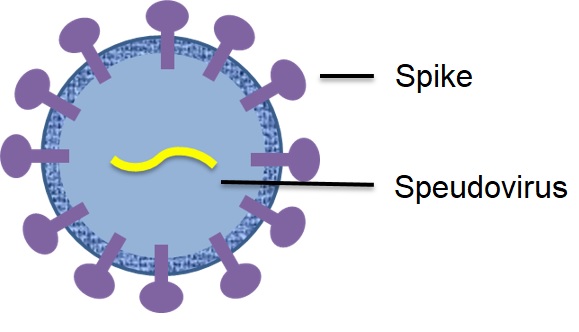 The scientists studied the structure of the spike protein, assembled in the form of trimers on the virus surface, using cryo-electron microscopy. They observed that the NTD and RBD appeared to undergo structural modification because of the mutations, which could explain the reduction in antibody neutralisation effectiveness for this variant. On the other hand, the affinity of the RBD for the ACE2 cellular receptor seemed to be similar to that of the Wuhan variant. 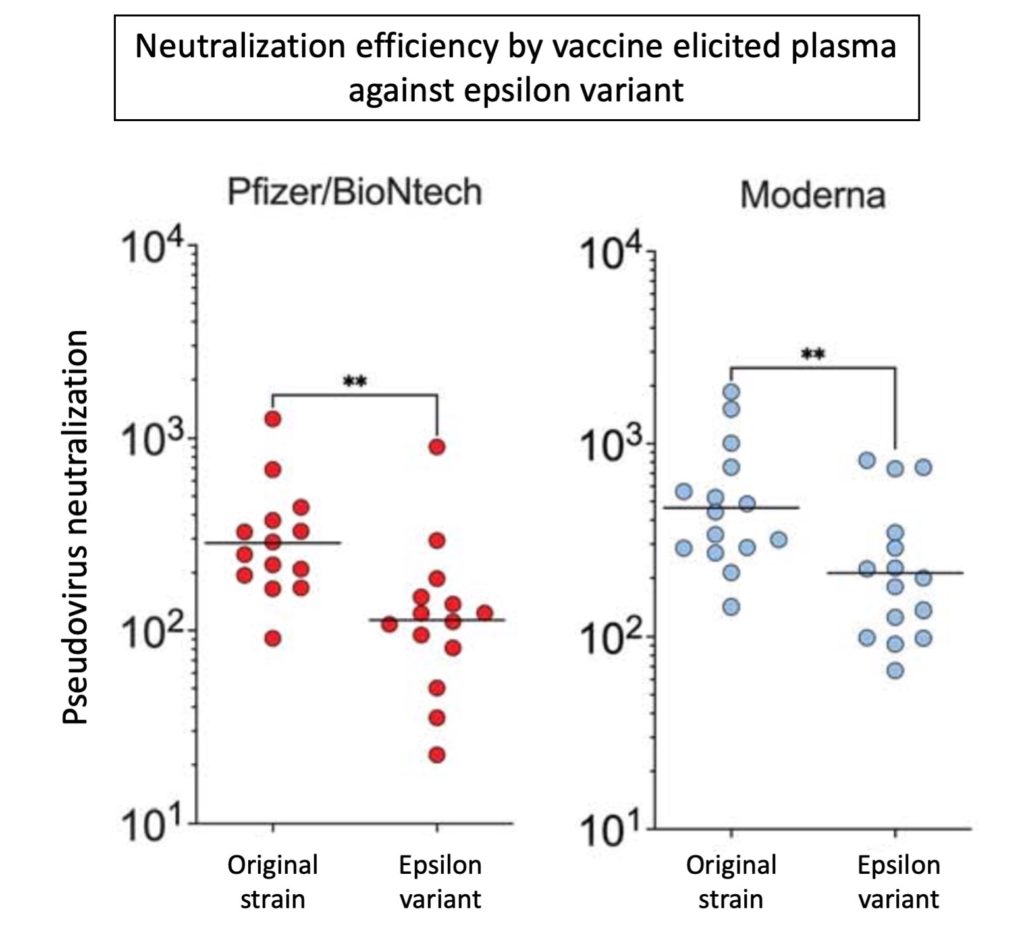