The mutation rate of SARS-CoV-2 is relatively low due to its correcting activity during genome replication. However, its high rate of replication and its high transmissibility lead to the rapid emergence of variants. Amongst those that have emerged, the Alpha (a) or UK variant quickly became dominant. The Beta (b) or South African variant also appeared some months ago. These 2 strains have been closely monitored since they seem to be more transmissible than the original Wuhan strain, but also more resistant to immunity. Researchers from different American medical institutions (Boston Children’s Hospital, Harvard Medical School, Beth Israel Deaconess Medical Center) have studied the structure of the spike protein in the Alpha and Beta variants to understand the mechanisms explaining the increase in transmissibility and immune system escape of these 2 variants.

The SARS-CoV-2 spike surface protein is a trimeric protein (an assemblage of 3 spike proteins) that bind to the cell’s ACE2 receptor so as to infect it. Mutations in the genome of variants modify the sequence of proteins, in addition to their structure and biochemical properties. These researchers have shown, using cry-electron microscopy, that the Beta variant and the Wuhan strain have similar biochemical properties, while the spike protein trimer in the Alpha variant is slightly less stable.

As regards the structure of the spike protein trimers, the researchers observed that the overall architecture is very similar between the 2 variants and the Wuhan strain. For the Alpha variant, the binding domain in the ACE2 cellular receptor (RBD) is more accessible and has greater affinity for the ACE2 receptor, which facilitates the virus’ transmissibility. For the Beta variant, the modifications in structure have greatest impact on antibody binding, diminishing it and thereby enhancing immune system evasion.

The majority of vaccines on the market are designed to allow only expression of the spike protein of the original Wuhan strain. It is therefore a priority that production of a new generation of vaccines takes into account the genetic diversity of variants. 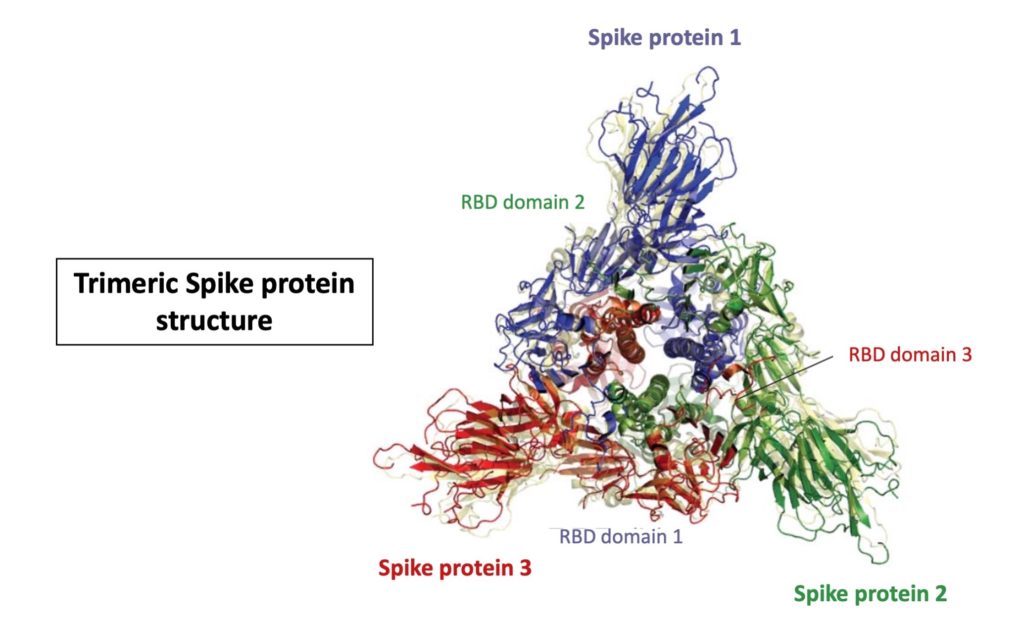