The most widespread current test for SARS-CoV-2 is the PCR test, which detects the virus’ presence by amplifying its genetic material. Although it is used worldwide, results may often only arrive several days after testing due to laboratories being saturated. There is therefore clearly an urgent need for quicker tests that are just as reliable.

For this reason, a new, rapid, diagnostic method has been developed. This is based on CRISPR technology, which uses bacterial proteins from the “Cas” family, capable of recognising and cutting a sequence of known genetic material. Linked to a fluorescent marker which turns on when viral material is cut, the CRISPR-Cas-sequence is therefore an easy way of detecting SARS-CoV-2.

First of all, sequences unique to SARS-CoV-2 were chosen. To test the specificity of each sequence in the CRISPR system, preliminary tests were carried out in vitro. Out of 12 sequences created beforehand, 10 allowed viral RNA cleavage at a concentration of 2,89 x105 copies / mL. Out of these 10 responsive sequences, the two which brought about the most fluorescence (and therefore the best Cas protein activation) were chosen.

We can schematically represent this technique as follows: 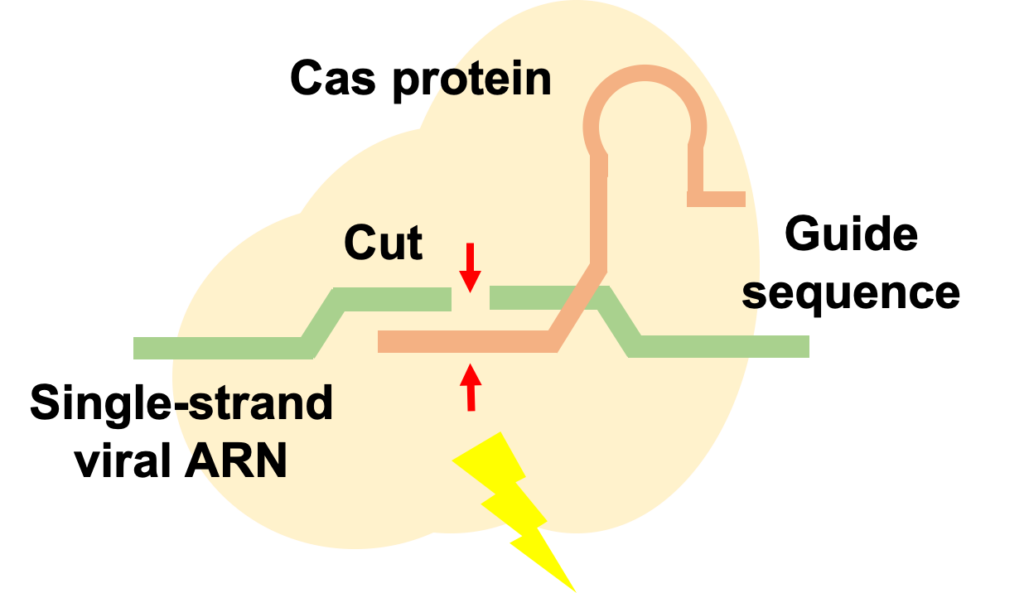 Researchers then looked into whether the combined use of these two sequences, which recognise the same RNA but in different places, could double the effectiveness of the CRISPR-Cas system. It was found to be able to enable improvements in detection of the viral material, in cases where this material was not amplified. The result of combining the two sequences in the same CRISPR-Cas system was therefore to increase the SARS-CoV-2 detection threshold, with a minimal concentration of 100 copies / mL. Using a new sequence moved this concentration to 31 copies / mL.

After successful in vitro testing, this procedure was then used directly on mucous samples from 5 patients who were SARS-CoV-2 positive. For these 5 patients, diagnosis using the CRISPR-Cas was successful.

But is it complicated to detect these fluorescence? Does it involve specialized equipment that would complicate procedures where the whole point was to simplify? The good news is that it is possible to detect the fluorescence emitted during cleavage by the Cas very easily, using a slightly modified smartphone camera. Up to 100 copies / mL of viral RNA it has been shown to be possible to visualize fluorescence after 30 minutes with 100% accuracy (fluorescence decreases in intensity with time). At 50 copies / mL of viral RNA, the level of precision drops to 50%.

This is what can be represented as follows: 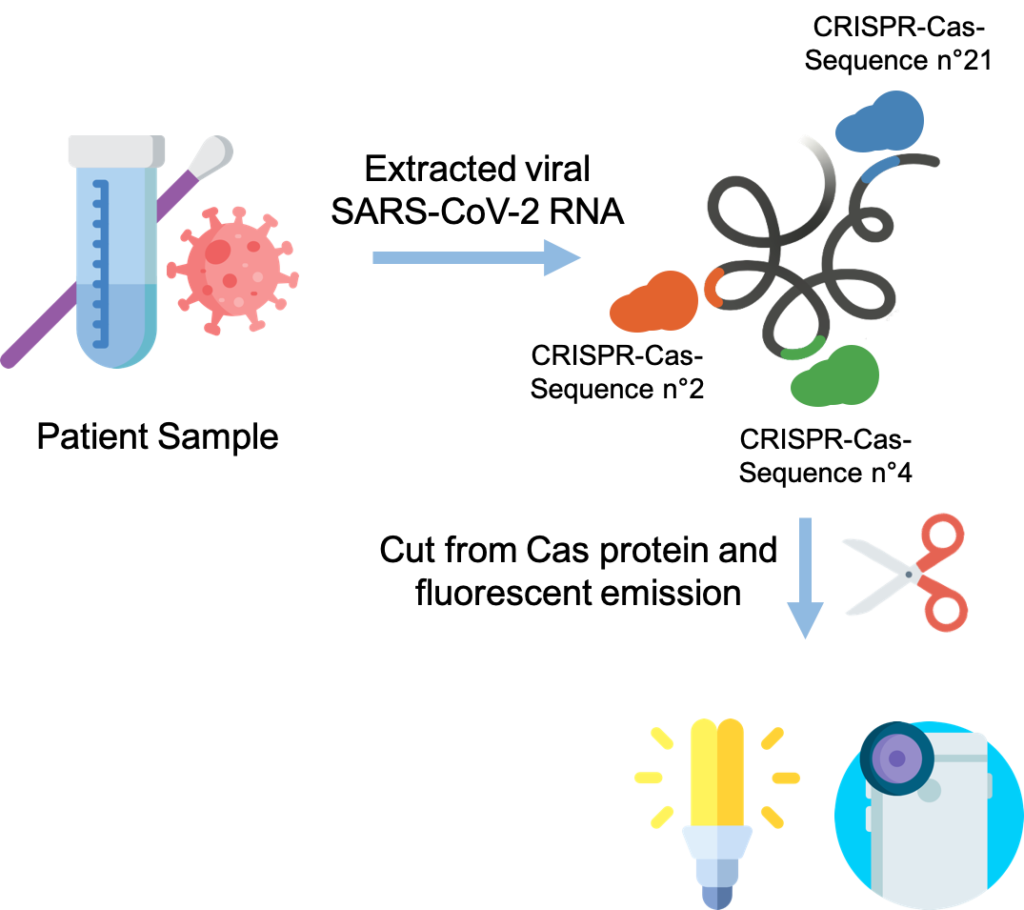 Since saturation in laboratories is a problem, this simple technique should allow large numbers of people to be tested more easily, more often and more quickly, since 5 minutes is all it takes to test the patient. This new method based on the quantitative detection of viral material makes it possible, when tests are carried out regularly, to follow the degree of infection of a patient, and thereby predict recuperation and quarantine end-times.