SARS-CoV-2 penetrates into the cell using its spike (S) viral surface protein. Following its interaction with the cell, the S protein allows the fusion of viral and cellular membranes which usually occurs after endocytosis. Nevertheless, the infected cells, which express the S protein on their surface, are able to merge with others, causing the formation of a syncytium, a cellular mass with several nuclei. This cytopathology contributes to lung tissue deterioration in severe cases of COVID-19.

Researchers at King’s College and Imperial College in London have recently discovered that niclosamide, initially destined for use with other pathologies, reduces the fusion of SARS-CoV-2 membranes and the associated cytopathology.

With the intention of finding a drug that will inhibit the fusion of membranes mediated by the S protein, the researchers tested in vitro  more than 3 000 molecules already available on the market. Following this initial selection, further tests were carried out on 43 molecules of interest so as to verify their ability to protect cells from the cytopathological effect of the virus and thus prevent infection.

The selected molecules shared the characteristic of modulating the regulation of intracellular calcium, but niclosamide came out of the tests as the best candidate for treatment. This is a molecule that was developed in the 1950s and authorised for the treatment of tapeworm. It had already been noted for its effectiveness against infection by different viruses. The researchers discovered that the S protein of the virus could activate the TMEM16 cellular protein, which indirectly modulates intracellular calcium. Niclosamide thus enables the inhibition of the TMEM16 protein. 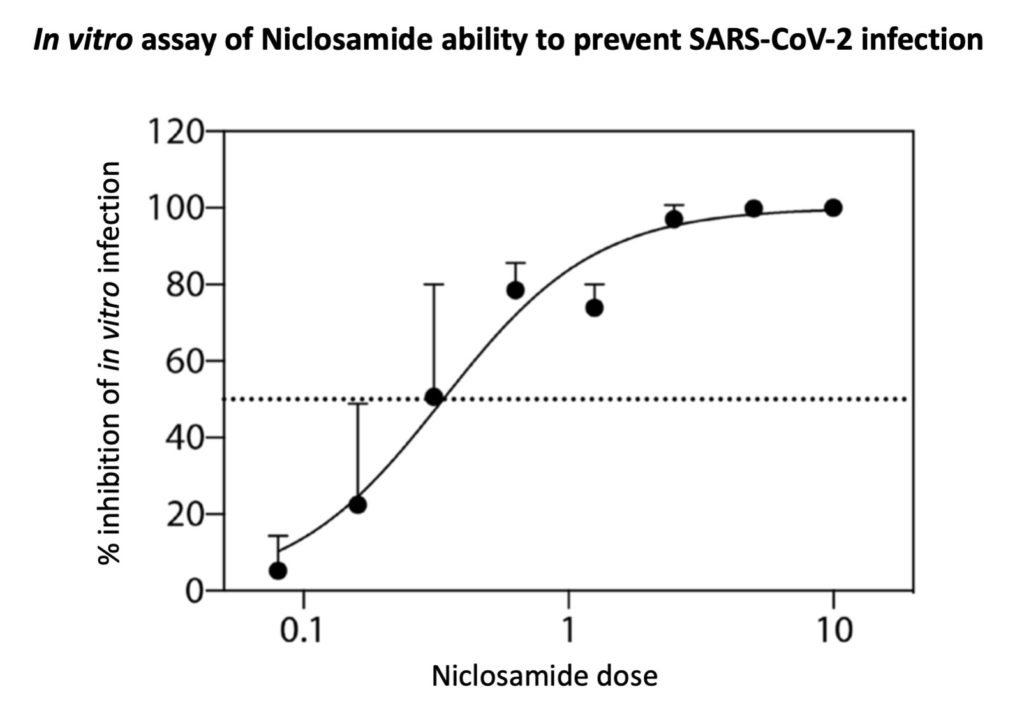