Since March 2020, the entire world has been destabilised by the COVID-19 pandemic. Because of the extraordinarily rapid development of the production and distribution of vaccines against SARS-CoV-2 (although geographically unequal) the  world sees hope that we might be able to resolve this crisis just 15 months after the beginning of the pandemic. Two vaccines based on messenger RNA (mRNA) technology, a new vaccine technology, are highly effective against SARS-CoV-2. But how was it possible to create this new vaccine in record time?

An mRNA vaccine is based on a mRNA molecule encapsulated in a nanoparticle. This mRNA molecule codes for the spike surface protein of SARS-CoV-2, that is, it contains the plan for this protein so that it can be manufactured by the cells of our body. Katalin Kariko, a Hungarian biochemist, began studying mRNA and its synthesis as an in vitro treatment in 1985, then worked with the immunologist Drew Weissman at Pennsylvania University.

However, at the beginning, these mRNAs were highly immunogenic for the cells and provoked strong inflammatory reactions. Researchers therefore modified the nucleotides, the principal elements of the RNA, in order to increase the production of proteins by the cells while avoiding pro-inflammatory effects. They therefore replaced the uridines, natural constituents of the RNA that cause inflammation, by speudouridines, which do not have these effects.

The work of these 2 scientists did not initially generate much interest, until 2 start-up companies, Moderna and BioNTech, became interested in the patents of the modified nucleotides. In 2015, Katalin Kariko was named vice-president of BioNTech. At this time, the 2 start-ups began to develop anti-viral vaccines using this technology. Following the Zika epidemic in 2013, Katalin Kariko and Drew Weissman developed a candidate-vaccine that saw the light of day in 2017. But the epidemic had subsided and there was no possibility of carrying out a large-scale clinical trial. At the beginning of the COVID-19 pandemic, as soon as the virus’ sequences became available, Moderna and BioNTech immediately adapted their technology for SARS-CoV-2.

In conclusion, thanks to the development of a technology that revolutionised vaccinology, Katalin Kariko and Drew Weissman and numerous other scientists were able to save innumerable lives during the COVID-19 pandemic. And this technology may be able to be adapted for the development of vaccines against other infectious diseases. 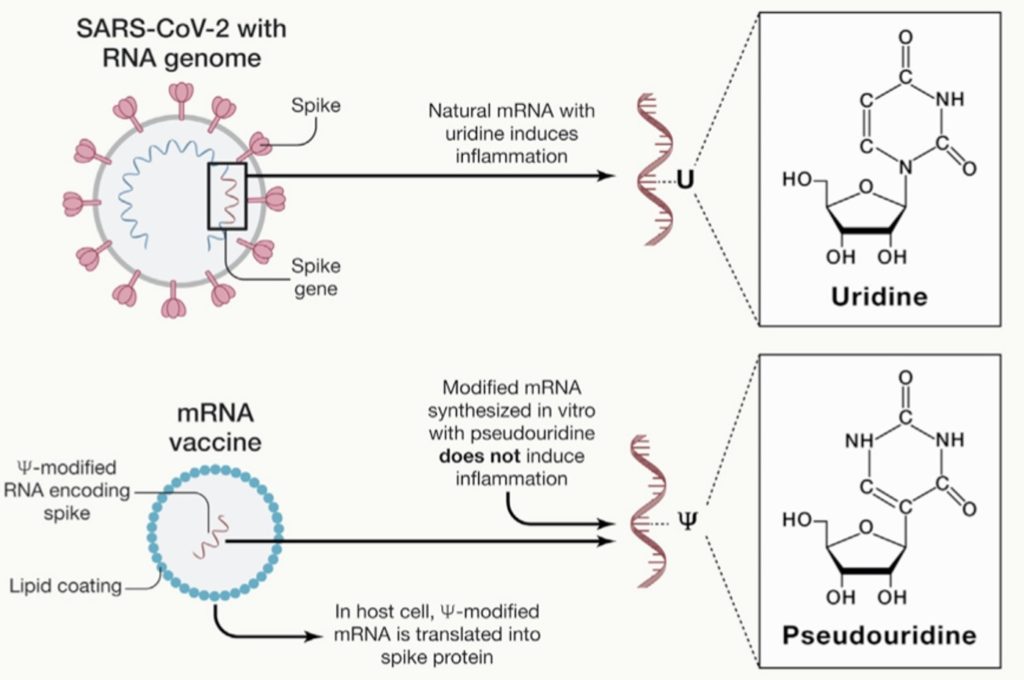