The SARS-CoV-2 virus carries on its surface the spike protein, responsible for its entry into cells. This protein is made up of 2 parts: the S1 domain that binds to the ACE2 cell receptor and the S2 domain that catalyzes the fusion of viral and cellular membranes to enter the cell. The S1 domain can be found in two conformations: one that makes the binding domain accessible to the cell receptor, and another that makes it inaccessible. The spike-cell-receptor protein bond triggers a change in the conformation of the S2 domain, which is essential for the entry of the virus into the cell.

Currently no effective treatment against COVID-19 exists, and the long-term immunity conferred by vaccines is still to be proven. It is therefore necessary to find new therapeutic approaches. One strategy to prevent SARS-CoV-2 entering into cells is to block the spike-cell receptor protein bond. Although therapeutic monoclonal antibodies may be a way to block this interaction, they remain expensive to produce (in mammalian cells) and difficult to administer (intravenously). What’s more, strong doses are necessary since few antibodies are able to pass the epithelial barrier of the respiratory mucous membranes.

However, nanobodies may prove to be a good alternative. These are small antibodies derived from the antibodies of camelids (notably llamas) which have a simpler structure. They are monomeric (made up of a single molecule) and can bind to an antigen. Their size allows them to reach targets that are inaccessible to more conventional therapeutic antibodies. They also have the advantage of being simpler to produce and are more stable. 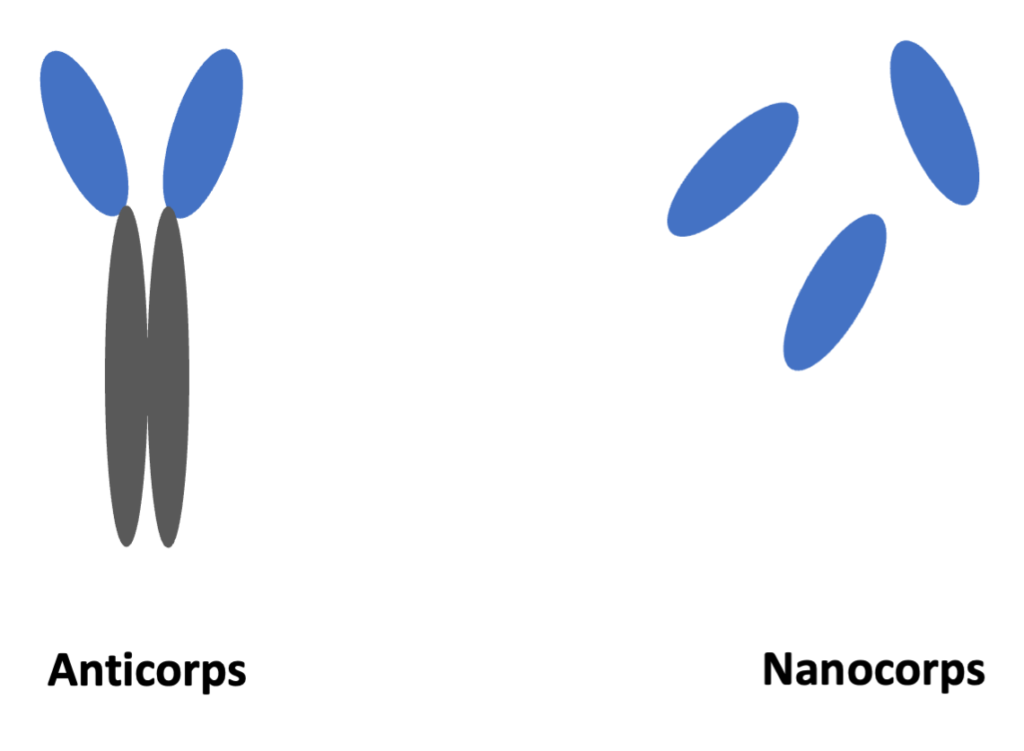 In a second study (Yufei Xiang and coll.), researchers immunized llamas with the region of the SARS-CoV-2 spike protein binding to the cell receptor. The serum of these llamas effectively neutralized the entry of viral particles into cells. Scientists analyzed the presence of specific nanobodies against the spike protein, in addition to more conventional neutralizing antibodies. After different tests on virus neutralization, 14 nanobodies were chosen to be used in complementary tests, notably physico-chemical tests, which confirmed the usefulness of nanobodies in therapeutic applications. It would seem that these nanobodies bind with the S1 region of the spike protein and block it in its conformation, making the binding domain to the cellular receptor inaccessible.

In conclusion, these nanobodies could be an effective and useful therapy against SARS-CoV-2.