New variants of SARS-CoV-2 have been discovered recently, notably the VOC202020/01, known as the “English variant” and the 501Y.V2, known as the “South African variant”. Scientists are trying to understand why these variants seem to spread so quickly, and if the new vaccines will still give protection against them. The genomes of the 2 variants are known: the English variant, for instance, has been sequenced in 31 countries. Epidemiological studies indicate that this variant may be one and a half times as contagious as previous forms of the virus. 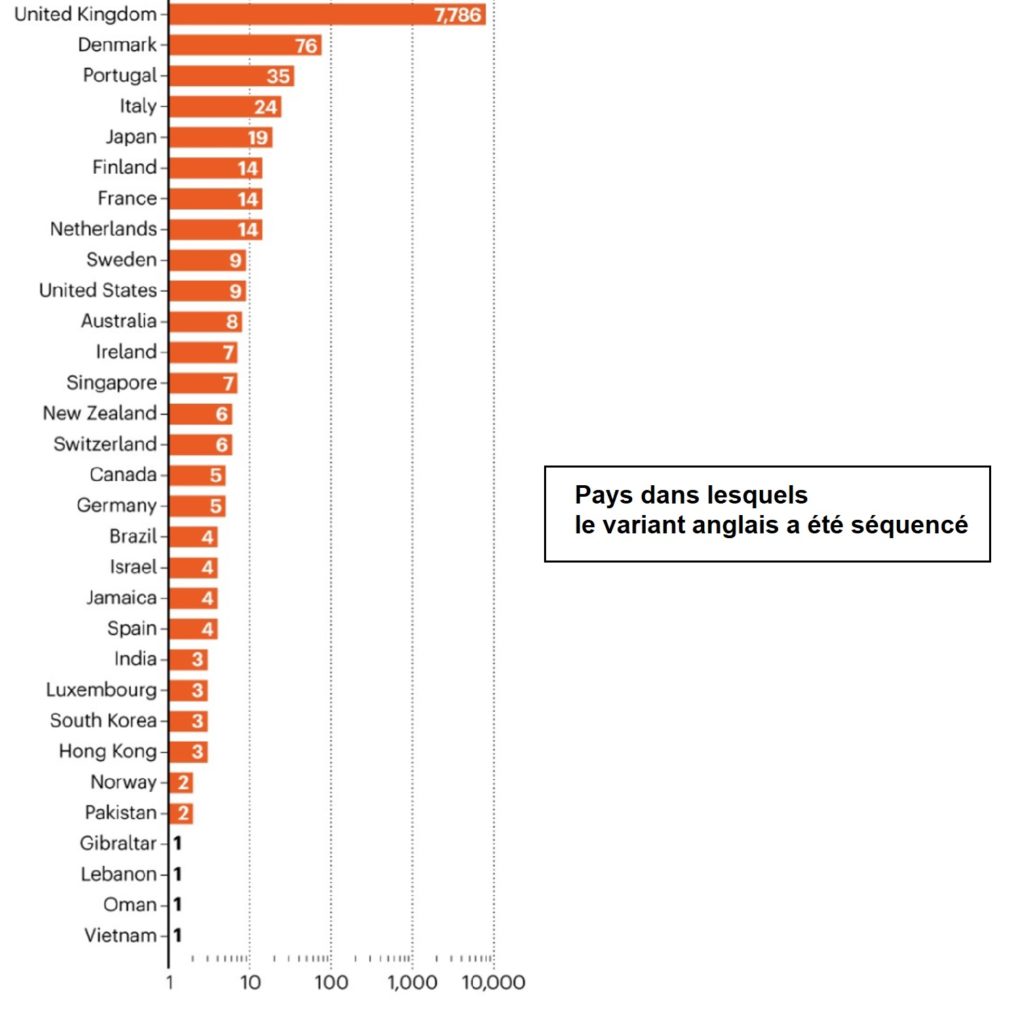 These variants have significantly more mutations than previously observed, particularly in the Spike (S) protein. The English and South African strains contain 8 and 9 mutations in the S protein respectively, as well as others within different genes. Some of these mutations are common to the two variants. One of them, the N501Y mutation, is found in the RBD (Receptor binding Domain) of the S protein.

English variant (only the N501Y mutation is shown) 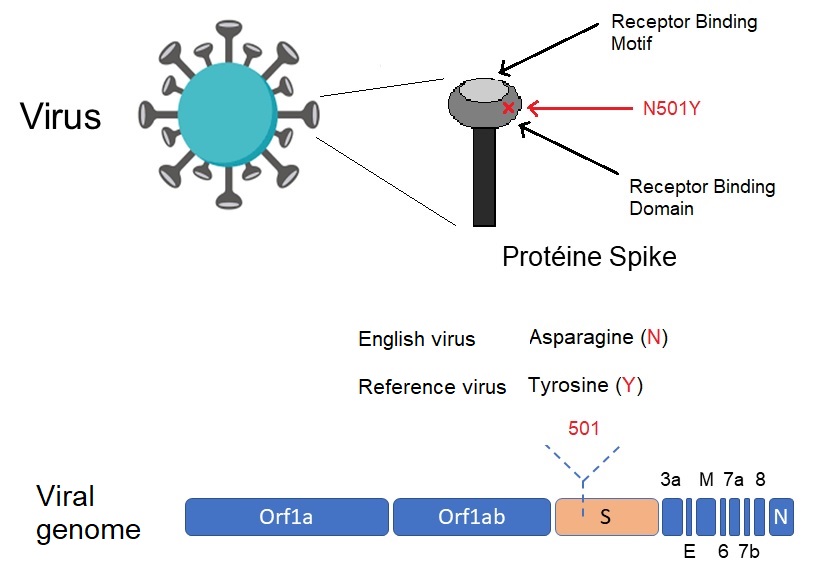 How can we explain their heightened virulence?

One theory is that this mutation allows the virus to attach itself to the cell more efficiently and thereby enter the cell more easily. The S protein is the virus’ surface protein and enables the viral particle to enter the cell by fixing itself to the ACE2 cellular receptor. It is therefore the principal target of our immune system (notably through neutralising antibodies) and it serves as a model for vaccines developed against SARS-CoV-2. A mutation in this region may therefore allow the virus to escape antibodies, whether produced as a result of a vaccine or natural infection. Different studies have shown that this is not the case for the N501Y mutation.

South African variant (only N501Y and E484K mutations are shown)

On the other hand, the E484K mutation, found in the South African variant and situated in the part of the spike’s RBD (Receptor Binding Domain) that interacts directly with the receptor, may allow the virus to escape the immune response arising from vaccination. This question of the virus being able to avoid the body’s immune response is hugely important and research to evaluate the impact of mutations involves a race against time each time a new variant is discovered.