Antibodies can neutralise the Delta variant

The Delta (formerly Indian) variant is now present in many countries. It was first identified in India in October 2020 and rapidly became dominant in several regions of the country, then in the UK. The variant seems to be more transmissible than the Alpha (UK) variant. This strain is composed of 3 sub-types presenting different mutations in the spike (S) surface protein. But how much capacity does it have for escaping immune responses and, more particularly, neutralising antibodies? French researchers have recently evaluated this risk in infected patients or vaccinated individuals.

The researchers isolated the Delta variant from a nasopharyngeal swab taken from a symptomatic traveller returning from India. The virus was cultured for neutralisation testing. These tests allowed measurement of the virus’ capacity for escape from serum (which contains antibodies) from patients having been infected by another strain or having been vaccinated.

What were their conclusions? Firstly, serum was collected from 56 individuals from a cohort from Orleans infected 6 months previously by the Alpha (UK) or Beta (South African) variants and from 47 individuals from a Strasbourg cohort infected 12 months earlier to be used in neutralisation tests. The Delta variant appeared more resistant to neutralisation, especially at 1 year after infection.

Then serum from 59 individuals vaccinated with either Pfizer-BioNTech or AstraZeneca was collected for neutralisation testing. These 2 vaccines provide an effective response against the Delta variant, but only after the 2nd dose, and with neutralisation effectiveness markedly less than that with the Alpha variant.

In conclusion, even though the Delta variant is more resistant, it can nevertheless be neutralised by antibodies taken from individuals who have either been infected by another strain or are vaccinated. 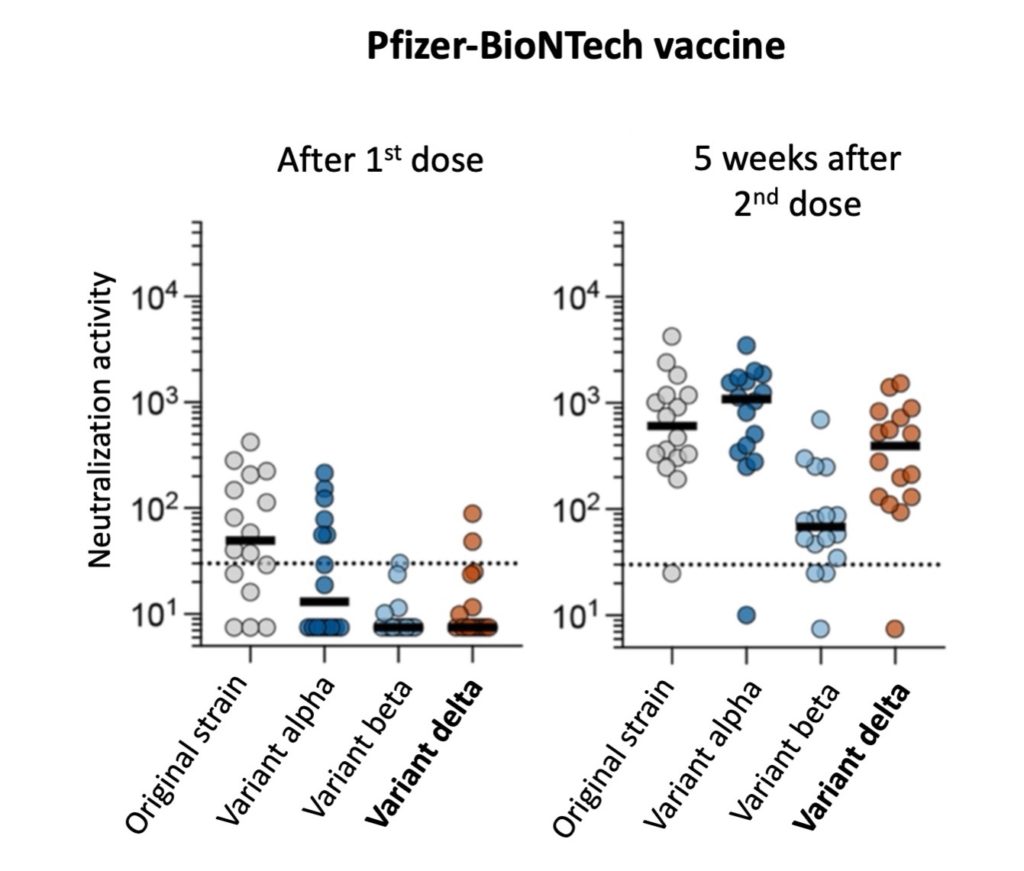