The urgency created by the pandemic and the absence of specific medicines meant that previously known molecules have been tried out as treatments. More than 1974 molecules have shown in vitro efficacy against SARS-CoV-2. Notably, those molecules targeting the sigma receptors (chloroquine, haloperidol, clemastine, PB28) modulate viral infection, but their mechanisms remain unknown. This figure appears optimistic since numerous molecules have very different structures. A consortium of researchers (at the University of California, San Francisco, the Institut Pasteur de Paris, and Novartis) have examined the issue.

Firstly, they evaluated the antiviral activity of more than 50 molecules. It seems that the most effective amongst them (amiodarone, sertraline, tamoxifen) are all cationic and hydrophobic (Cationic Amphiphilic Drugs, CAD). CADs (like other molecules) cause phospholipidosis, that is, a breakdown of lipid homeostasis in cells and an accumulation of phospholipids in tissues. These physiological mechanisms are essential to the replication activity of numerous viruses, including SARS-CoV-2.

The researchers concluded that among the 310 molecules that have shown antiviral properties (over the course of 12 studies, notably in ReFRAME and NCATS), the most effective molecules are all CADs and their antiviral activity derives from their ability to induce phospholipidosis. However, the 4 molecules most effective in vitro (amiodarone, sertraline, PB28 and tamoxifen) have only a weak antiviral effect on mice, even in high doses, with no phospholipidosis in the lungs. It would probably be necessary to administer these substances over a longer period of time, which risks being toxic for cells.

Usually considered to be a side-effect, phospholipidosis is still poorly understood. But the in vitro antiviral effectiveness in the majority of molecules already known about and re-used against SARS-CoV-2 is based on their ability to induce this mechanism, whether they are CADs or not (azithromycin). Unfortunately, those evaluated in this work cannot be used in vivo since their antiviral effectiveness occurs in doses different from those required to induce phospholipidosis.

On the other hand, this work shows that it is necessary to systematically test for phospholipidosis during screening of anti-SARS-CoV-2 molecules, since a significant number of compounds which do not have a real antiviral effect have been involved in clinical trials. The detail of these mechanisms therefore needs to be investigated more closely for better targeting of molecules. 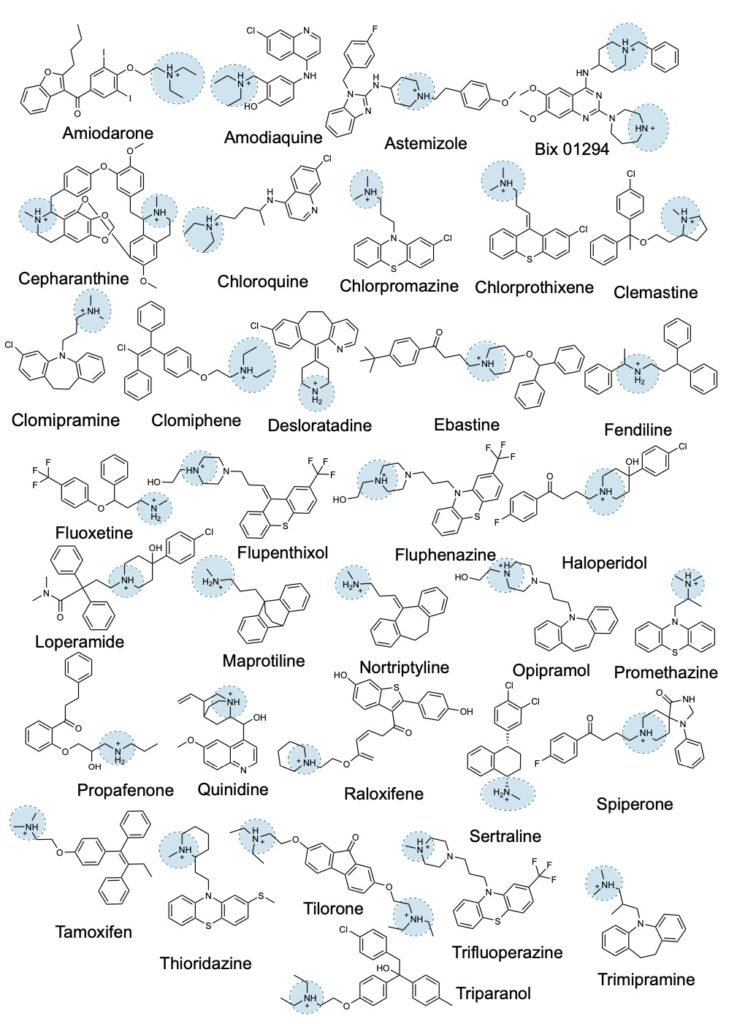