Who should be given priority for vaccinations?

SARS-CoV-2 has brought about an unprecedented worldwide crisis, affecting health and economies across nations.  By January 2021, more than 85 million people had been infected and the illness had caused more than 1.8 million deaths. There is currently a demand for vaccines that goes far beyond production capacities. This situation has obliged governments to put priority strategies in place that are both clear and justifiable.

Researchers at the Universities of Harvard and Colorado in the USA have developed a model to evaluate the impact of different vaccination strategies on the incidence of illness (numbers of new cases), mortality rates and the number of potential years of life lost. This approach takes into account different parameters such as the vaccine’s effectiveness (and the hypothesis of diminished effectiveness in older people), its capacity to break chains of transmission, the risk of becoming infected, mortality according to age, numbers of contacts, and levels of individuals already infected.

There are 2 principal strategies relating to vaccination: individual protection through vaccination of people at risk, and immunization of individuals who are most likely to transmit the virus. Which is the most useful?

It appears that the vaccination of adults aged over 60 helps to reduce mortality more than other strategies, even if we take into account diminished effectiveness of the vaccine in older people.

On the other hand, vaccination of 20-49 year olds allows transmission of the virus to be reduced more efficiently. But everything depends on whether the individuals in question are already carrying the disease or not. Natural infection does enable protective immunity. Vaccinating individuals who have not been infected (after verifying their serological status) may allow an increase in the number of people protected. If this parameter is taken into account, then according to simulations this is a measure that would reduce incidence and mortality rates in areas where high numbers of people have been infected.

The question of vaccination priority is not only scientific, but has also an ethical dimension. 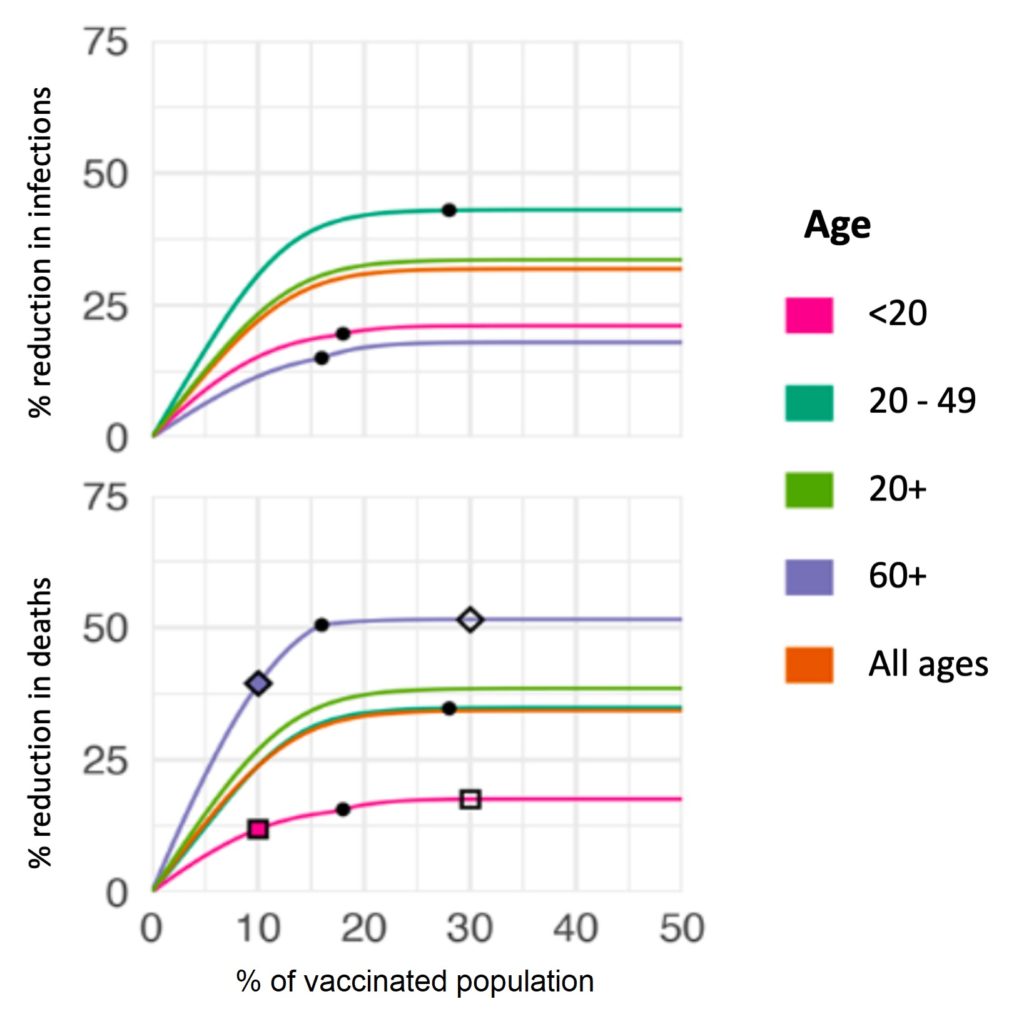