What kind of immunity does the Pfizer-BioNTech vaccine confer?

Eleven months after the start of its development, the Pfizer-BioNTech vaccine became the first anti-COVID-19 vaccine to obtain authorization. This vaccine uses mRNA technology (messenger RNA), like the Moderna vaccine. This mRNA is transiently expressed (and does not integrate into the human genome), placing the blueprint for the SARS-CoV-2 surface protein spike into the body’s cellular machinery, prompting an immune response directed against this protein. Even before results were published, statistics revealed its effectiveness, at a level of 95% against serious forms of the illness. We can now go into greater detail : German researchers at BioNTech have just published the results of the 2nd clinical study of phases 1 and 2, showing that the virus enables the activation of humoral immunity (production of antibodies) and cellular immunity (destruction of infected cells).

For this clinical study, researchers administered different doses of the vaccine (1, 10, 20 and 30 mg), with a 1st injection followed by a second 21 days later. There were 12 participants for each dose, aged between 18 and 55. In this way the lowest doses of the vaccine were able to be compared to the standard dose of 30 mg.

The vaccine appeared to be safe: no serious side effects were reported, no matter high the dosage administered. Regarding its effectiveness, all participants having received a dose higher than 1mg produced antibodies targeting SARS-CoV-2, enabling neutralisation of the viral particle in testing. Several mutations in the viral genome were tested, including the South African variant, but none led to escape from the neutralisation brought about by the vaccinal antibodies.

Vaccination also allowed the production of CD4 and CD8 T lymphocytes targeting SARS-CoV-2, including memory-T cells. Production varies between individuals and appears to depend on the dose. These humoral (antibodies) and  cellular (T-cells) immune responses resulting from the vaccine are necessary for effective vaccination. The humoral response allows the neutralisation of free viral particles and the T-CD8 cells leads to the destruction of cells infected by the virus (cytotoxic response). The T-CD4 response enables the production of cytokines that increase the cytotoxic response, involving notably the production of memory cells.

Vaccine doses of between 10 to 30 mg enable a strong humoral and cellular response. This phase 1 and 2 clinical test, carried out on a limited number of participants and without inclusion of specific sectors of the population (elderly people for example), was followed by a larger scale phase 3 clinical test. 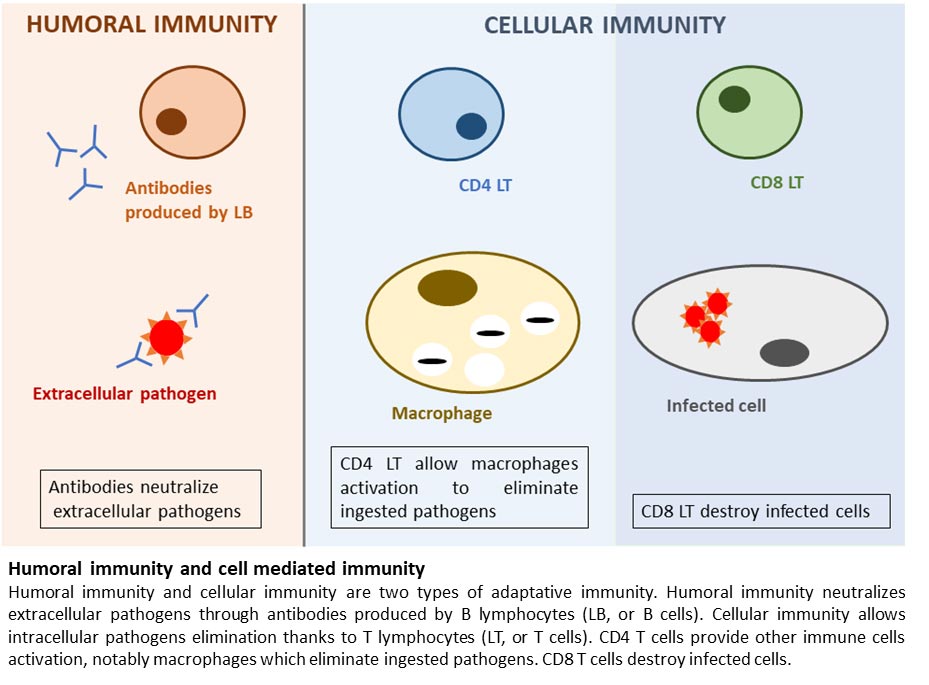