What about the risk of secondary infections?

It has now been established that following SARS-CoV-2 infection, we efficiently generate antibodies against the virus. Some of these, the neutralizing antibodies, have the potential to block the binding of the virus to a target cell, but it has not yet been clearly established if they can give protection against new infection by the same virus. However, reported cases of reinfection are rare, which gives us some cause for optimism.

In order to look at this question in more depth, researchers at Oxford (United Kingdom) studied medical staff from 4 hospitals affiliated to the University over a period of 31 weeks. The researchers looked at the presence of antibodies in the blood working against the spike protein (S, the target of neutralising antibodies) or against the nucleoprotein (N, an internal protein not subject to neutralisation) by ELISA tests, which are serologic tests specifically for the detection of antibodies against COVID. After having determined if they were positive or negative, they examined, every 2 weeks, using PCR, whether they had contracted the virus during this period. 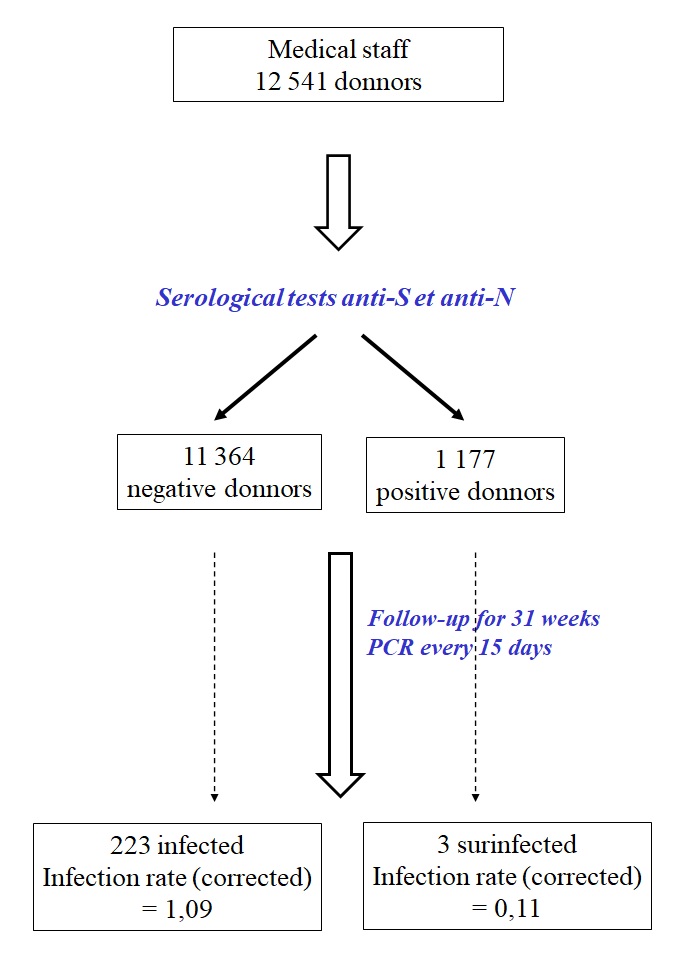 In this study the presence of anti-S or anti-N antibodies, resulting from a first infection, is linked to a very low risk level of reinfection for at least 6 months. The study takes into account biases discussed by the authors themselves: the rigour and the frequency of testing, the difficulties of stocking some samples, laboratory errors, RT-PCR results that were not given to the hospital, and the absence of children and elderly people in the cohort were amongst parameters that were not fixed and certain. A number of questions remain unanswered. The very low incidence of reinfection makes it difficult to judge what factors were giving protection (antibodies or cellular immunity?) or what were causing reinfection (was this due to viral mutation?). This pioneering work on human immunity needs to be further investigated and confirmed, particularly so we can answer supplementary questions such as the links between protection and transmission, the length of time of protection, and what underlies the presence or absence of symptoms.