The usefulness of self-testing

The COVID-19 pandemic has now lasted more than a year. It is likely that variants will appear that are potentially more transmissible, and while a return to lockdown is not impossible, this type of measure has damaging effects on the economy and the well-being of the population. Governments therefore need to take these different factors into account when deciding which measures to deploy, and need to have a clear overall vision of the virus’ incidence. However, in the majority of countries, epidemiological data are skewed by variations in the efficiency of, and access to, public health services, and the willingness of people to be tested. To overcome this difficulty, British researchers at Imperial College, London, have worked on a monitoring system which will allow any eventual resurgence in transmission levels of the virus to be quickly spotted.

The researchers carried out an epidemiological surveillance programme in England using self-testing on a representative sample of nearly 600,000 individuals between May and September 2020. The results showed that prevalence (number of cases) was 0.16% in May and decreased to its lowest level in mid-August (0.040% of infections). Prevalence then increased to 0.13% at the beginning of September. The scientists observed that the results of this study varied greatly from the routine epidemiological data provided by testing centres, since in May, at the peak of the first wave, reported incidence was at 5% and the period of overall reduction in numbers was shorter. In addition the researchers observed that the average age of people infected seem to be lower in this study. It should be noted that the self-tests used are less sensitive than the nasopharyngeal swabs employed in testing centres, and so prevalence was therefore probably slightly underestimated.

This study shows the usefulness of a nation-wide epidemiological monitoring system for detecting any upsurge in the epidemic. It is clear that figures from testing centres are inaccurate. Testing of a larger and more representative sample of the population would appear to be indispensable. For this, self-tests would need to be given out in large numbers. The more precise data that would be available would allow governments to weigh up the cost/benefit ratio of any restrictive measures that might be deployed. 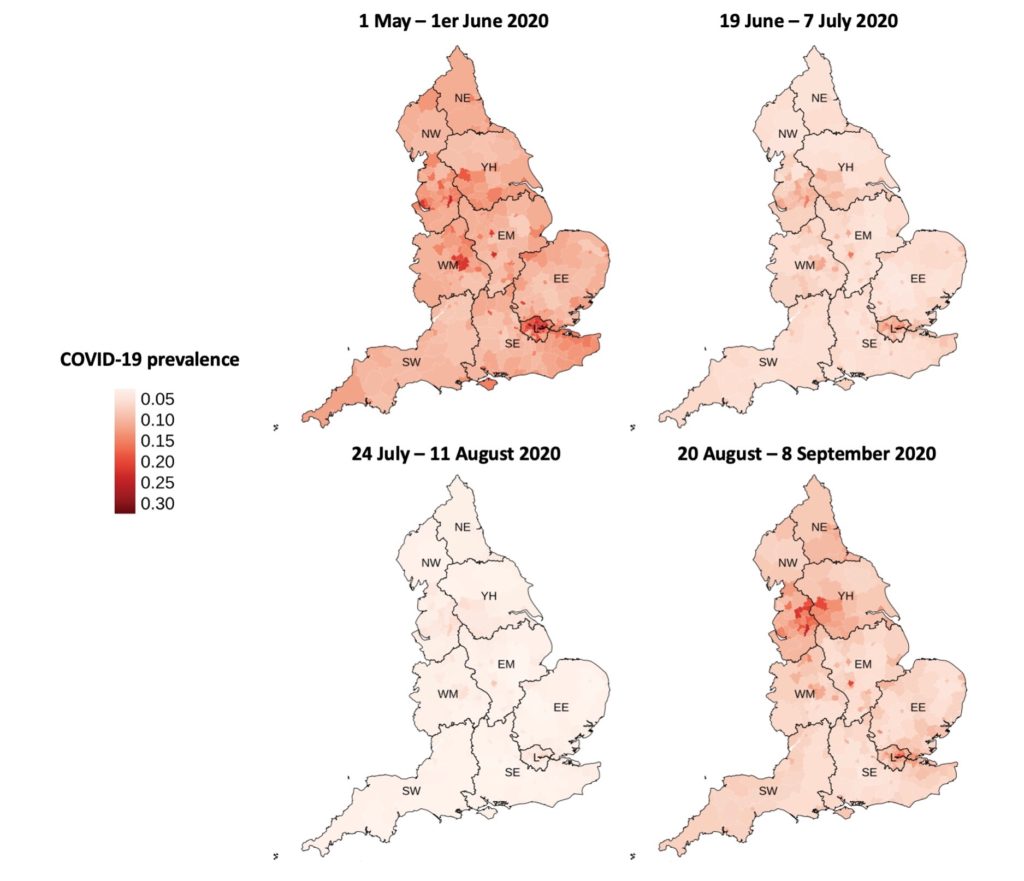