Does having a child at school increase risks for families?

The risks of SARS-CoV-2 transmission in young people and the merits of closing schools have been amongst the most controversial issues during the COVID-19 pandemic. There is general agreement on the desirability of keeping schools open with appropriate health measures, but little analysis has been done on what those measures are that are necessary to limit the spread of SARS-CoV-2. Young children are less susceptible to being infected, and less likely to develop serious forms of the illness if they do become infected. The risks are higher for other members of their families and for teachers than for the children themselves. American researchers at the John Hopkins Bloomberg School of Public Health and the John Hopkins School of Medicine, Baltimore, have recently evaluated the risks of families being infected via their school-age children.

The researchers used data from an on-line study published on Facebook in the United States on practices in schools and their consequences for the children’s  families with regard to SARS-CoV-2. They analysed nearly 600 000 responses between December 2020 and February 2021. It does seem that living with a school child increases the risk of infection on average. Also, the kind of sanitary precautions put in place vary considerably: the most common is mask-wearing for pupils as well as for teachers, restricted access to the school (with parents not allowed to enter), and distancing between tables.

The researchers concluded that there is a proportional relation between the numbers of measures put in place and the risk of infection for members of the family. On average, each sanitary measure reduces the risk of COVID-19 by 9%. When more than 7 sanitary measures were used, risks for families no longer increased. Finally, a teacher in a school has more risk of contracting SARS-CoV-2 than a teacher working from home. But this risk is not greater than for a health worker or an office worker.

In conclusion, increased risk of SARS-CoV-2 infection for members of a family with a school-child exists only if the school has not implemented sufficient precautionary measures. 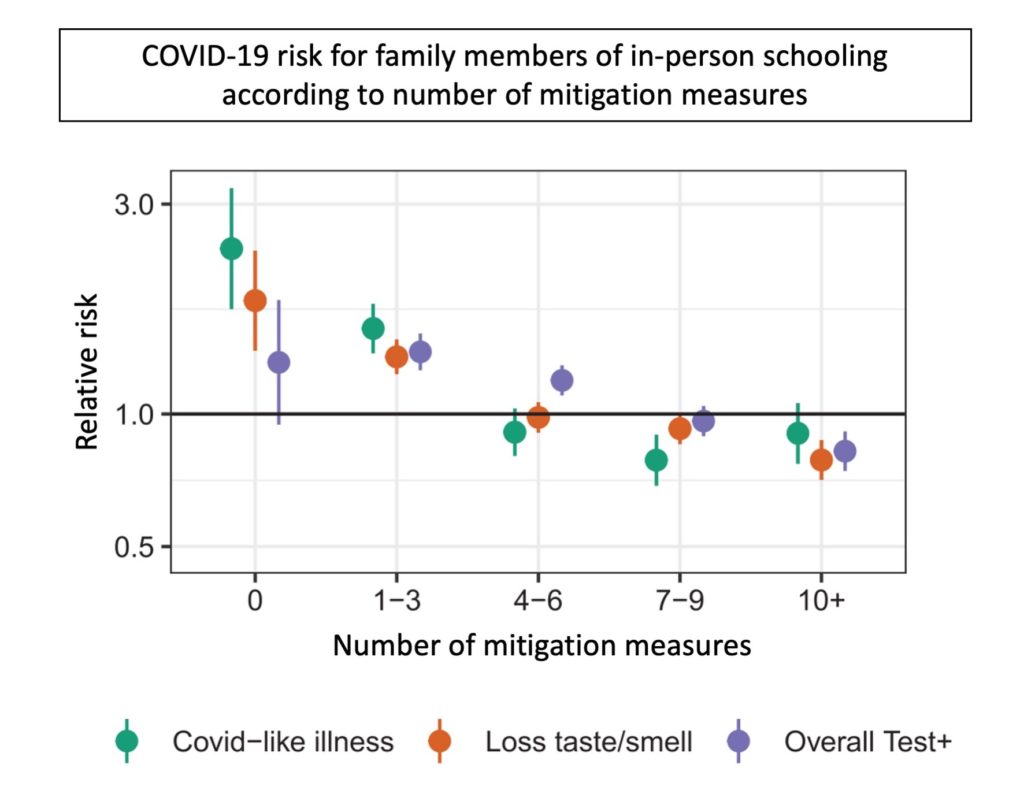