We are still witnessing the emergence of variants. The more the virus is transmitted, the greater the risk. In general, these variants possess a particular advantage: greater transmissibility or some capacity for evasion of immune responses. Variants that have already appeared include the Beta (South African), Gamma (Brazilian) and Alpha (UK): the latter became the dominant variant during the 1st quarter of 2021. American researchers at the University of Washington (Seattle) have studied the characteristics of the so-called Indian variants, that is, Kappa, Delta and Delta+.
They analysed the spike (S) surface protein within these variants, which in contact with the ACE2 cellular receptor enables the virus to enter the cell. This protein in the principal target of neutralising antibodies. The Kappa and Delta variants have common mutations such as L452R, and other mutations that differentiate them. There exists a Delta+, carrying the K417N mutation, known to help the variant evade antibodies. The scientists carried out in vitro neutralisation tests on these variants using serum from individuals immunised with the Pfizer-BioNTech, Moderna or Janssen vaccines. The 3 variants were less effectively neutralised that the original virus strain, no matter which vaccine was used. The Delta+ variant was found to be the most resistant, followed by the Kappa variant.
The researchers also studied the impact of the mutations on binding with the ACE2 cellular receptor. Binding was similar to that involving the original strain for the Kappa and Delta variants. However, for the Delta+ variant, binding activity seemed less strong, which would reduce the speed of transmission of this strain.
In conclusion, the Kappa, Delta and Delta+ variants seems less responsive to the vaccine. Monitoring the emergence of variants and studying their characteristics remains an essential task. 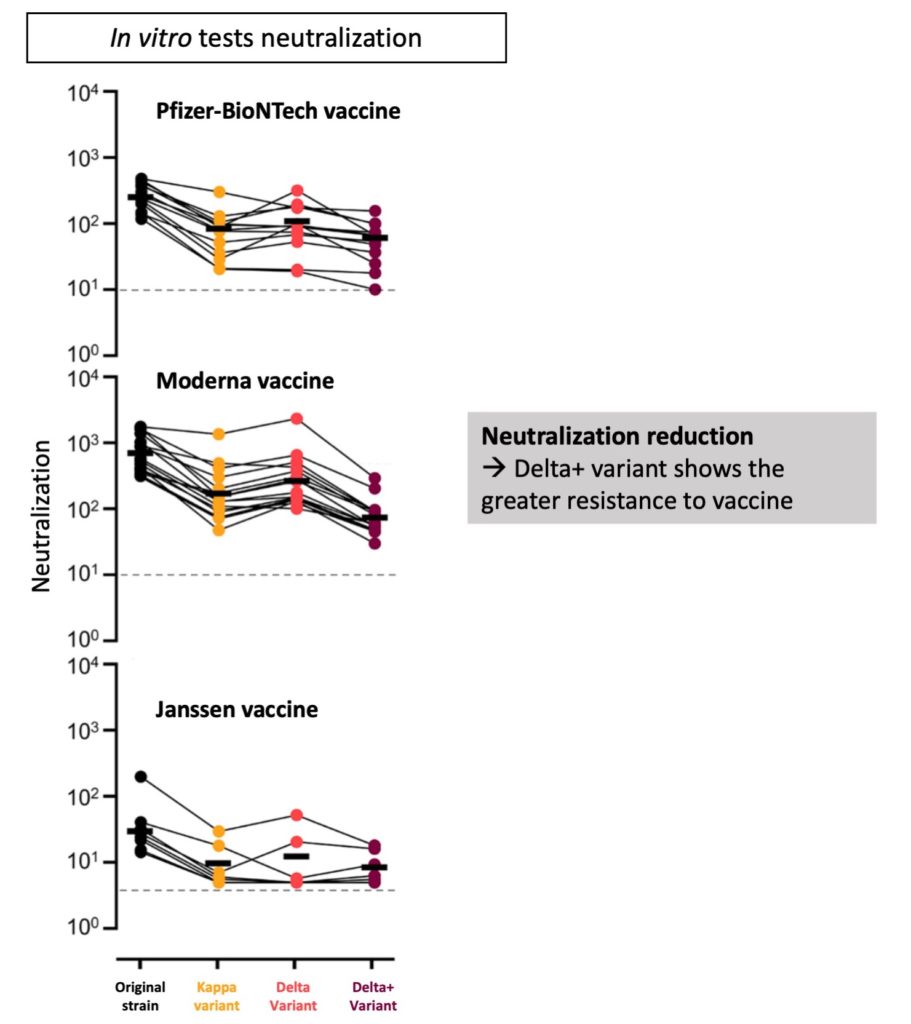