Spike deletions could reinforce the virus

The SARS-CoV-2 spike (S) surface protein plays an important role in the entry of the viral particle into cells. It is therefore the primary target of neutralizing antibodies. The enzyme that replicates the SARS-CoV-2 genome, as with other viruses, commits errors – mutations – which evolve under different selection pressures including that of the immune system. It should be noted that with SARS-CoV-2, these mutations are generated slowly compared to those of other viruses, since the enzyme replicating the genome has its own corrective mechanism. The appearance of deletions, i.e., loss of gene constituents, has been observed. Researchers at the University of Pittsburgh, USA, have recently show that recurrent deletions in the S protein lead to resistance to neutralizing antibodies.

The researchers analyzed the sequences of 9 patients with long-term RS-CoV-2 (immunocompromised patients who have not managed to eliminate the virus). In addition, they studied 146 795 sequences available in data bases (from the 1st of December 2019 to the 24th of October 2020) and identified 1 108 viruses carrying a deletion in the S protein. These observations allowed them to define 4 recurrent sites where deletions occur, named RDR1 to 4 (standing for Deletion Recurrent Region) localised in the N-terminal domain of the S protein. For example, RDR1 and RDR2 correspond to deletions in positions 69-70 and 144-145, present in the UK variant. These different sites of recurrent deletions appear as regions containing epitopes (targets for antibodies) and may therefore be adaptations in response to selection pressure from the immune system.

Number and location of Spike deletions: 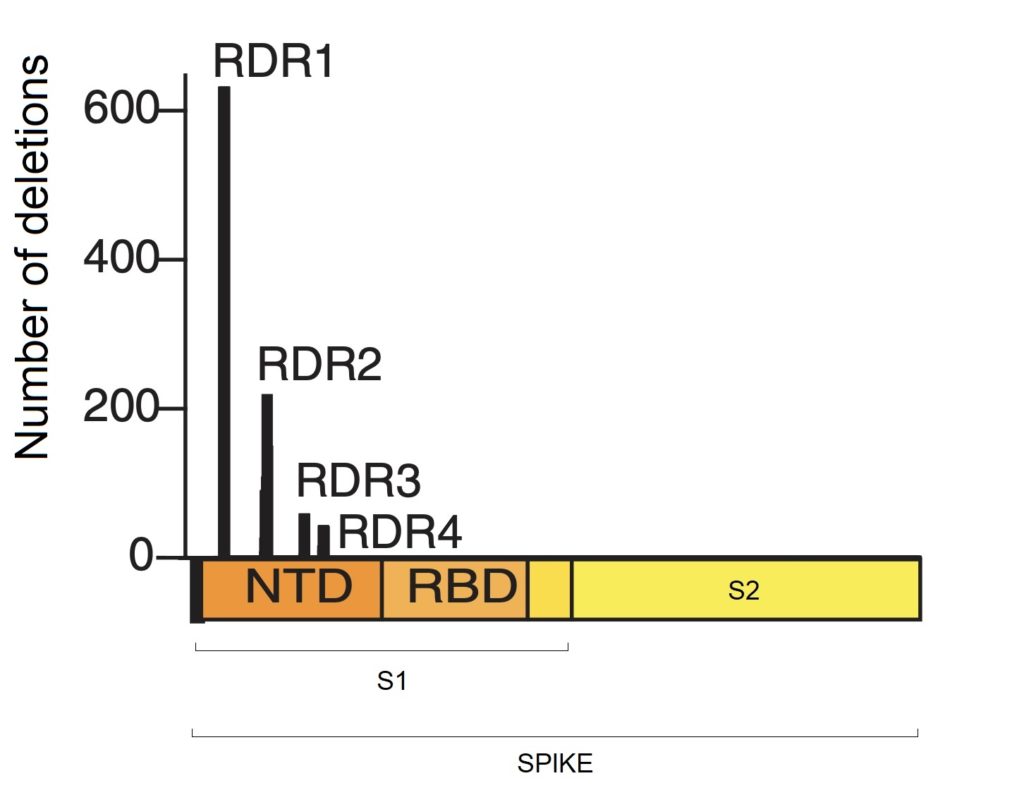 The scientists were able to demonstrate that these deletions gave the virus resistance to neutralizing antibodies. Indeed, sites 144-145 and 242-244, corresponding to the RDR 2 and 4 sites form an important epitope for the neutralization of SARS-CoV-2.

Other deletion sites, creating new variants, are perhaps already in the process of emerging, even if for the moment these variants remain a minority within overall infections. It is therefore important to continue to monitor the evolution of the virus, by sequencing its genome so as to detect the appearance of mutations and deletions.

% of RDR-1 to 4 deletions found during sequencing: 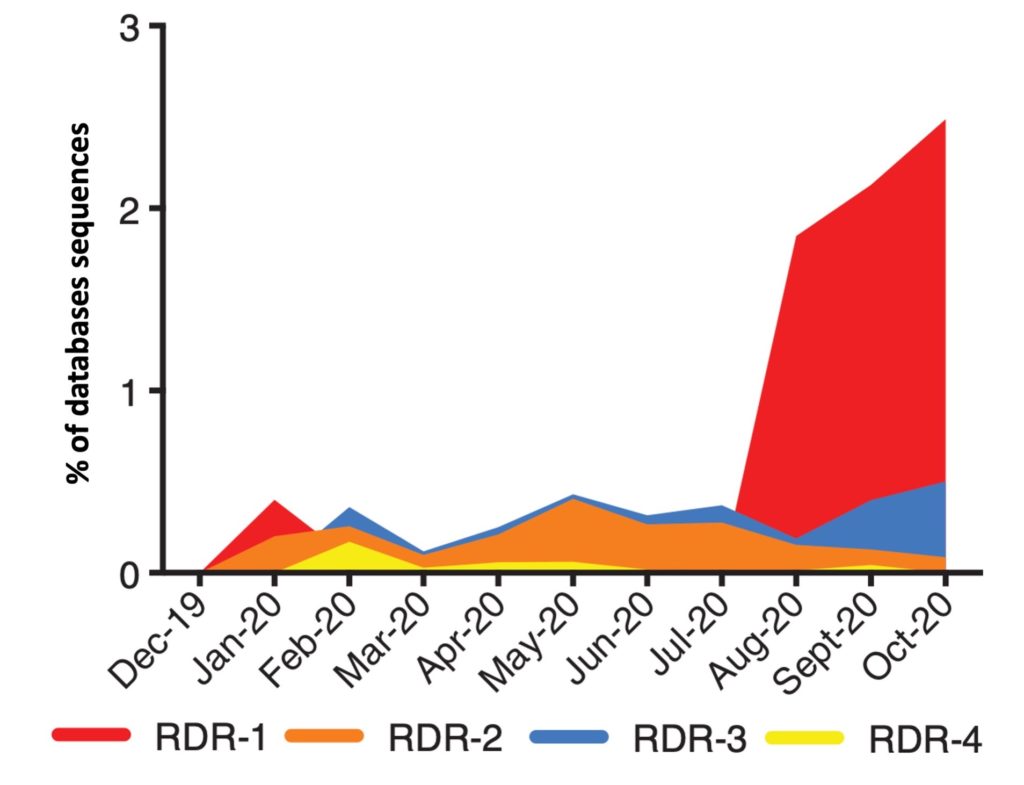