Social inequality and COVID-19: the case of Chile

While there have been many studies published on SARS-CoV-2 transmission in North America, Europe and certain regions of Asia, there have been far fewer on the epidemic in South America, with the exception of Brazil. This is, however, a region that has suffered enormously from COVID-19. A recent international study (at the Universities of Oxford, Harvard and Santiago) reported on the impact of this health crisis in relation to the socio-economic status of individuals in the capital of Chile, Santiago.

The researchers used epidemiological data from this country that has a remarkable system of reporting COVID-19-related infections and deaths. Santiago is a metropole of more than 7 million inhabitants made up of 34 communes and characterised by huge discrepancies in living standards. The researchers analysed the incidence rate (the number of new cases over a given period) and found links with socio-economic levels and demography as well as testing capacities and timeframes within the metropole’s different communes.

Their first observation was that the rate of incidence is higher in disadvantaged communes. Mortality rates are also higher, especially in younger people (0-40 year olds). The researchers also noted that it was easier for inhabitants of communes with higher living standards to reduce their daily travel during lockdown (reduction of 61%) compared with disadvantaged communes (reduction of 40%). Finally, the researchers analysed access to health care and to testing in different communes. At peak times of the epidemic, the country’s health system was more or less saturated. There was less testing capacity in disadvantaged communities (even though this tendency was reversed over time) and waiting times for results were longer.

So variations in socio-economic levels explain to a large extent the huge disparities during the COVID-19 crisis, which have themselves exacerbated inequalities still further. 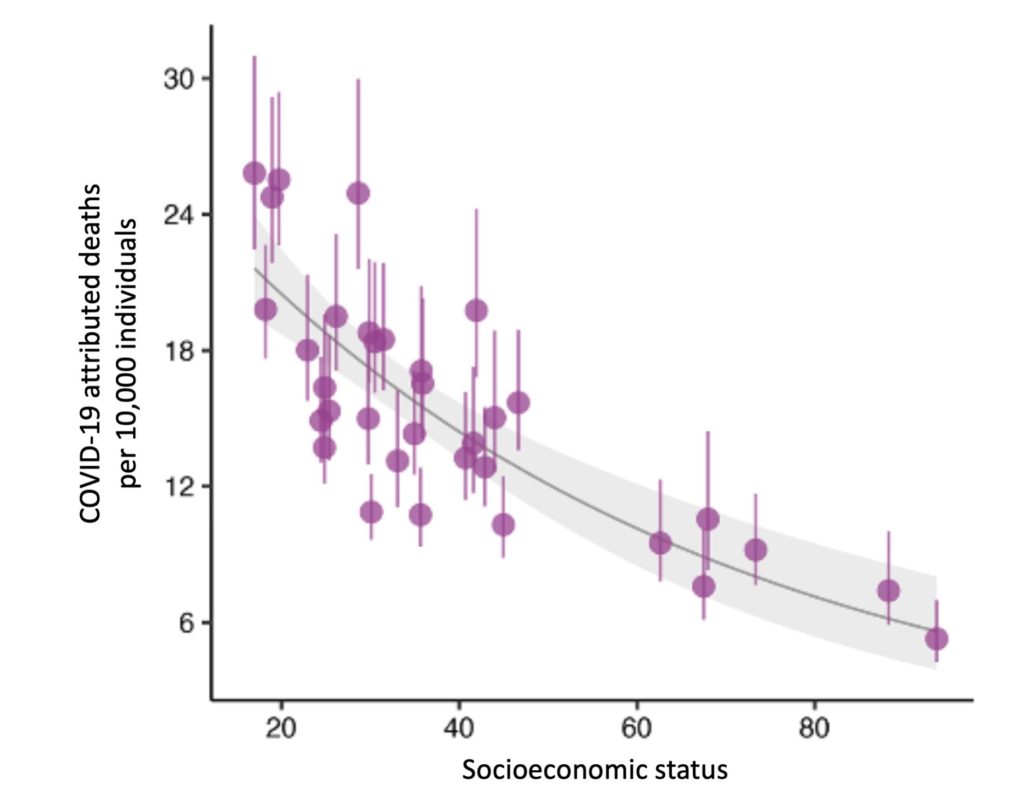