The SARS-CoV-2 genome encodes large polyproteins. They are cut by a viral protease into several proteins essential for the structure of the virus, the replication of its genome or the translation of the genome into proteins for the assembly of new virions. Currently, there is no drug that can successfully treat COVID-19. Since the role of the viral protease is essential, notably for virus replication, it can be considered as an important target for anti-viral medication. With the aim of discovering candidate-medicines, German researchers have repositioned drugs that can inhibit this viral protease.

They carried out X-ray crystallography studies allowing them to observe the structure of proteins in 3 dimensions. They were thus able to analyse the structure of a drug in its binding to the target (viral protease) so as to inhibit its activity. The work involved re-using medicines against COVID-19 which had already been approved and are therefore known to be safe. The scientists were able to test 5 953 molecules already prescribed against other diseases to examine their affinity for the viral protease target and to measure their effectiveness in inhibiting the cleaving activity of this protease. Out of all the molecules, 43 seemed to bind to the SARS-CoV-2 viral protease. The researchers were able to test the antiviral activity of 37 of the 43 molecules in vitro (in cell culture). 7 of these molecules enabled a significant reduction in the replicative activity of the viral DNA at levels of concentration that were non-toxic for the cells.

The study how molecules bind to the SARS-CoV-2 viral protease using X-ray crystallography allowed drugs to be identified that may be active not only against replication of this virus, but also against other coronaviruses. 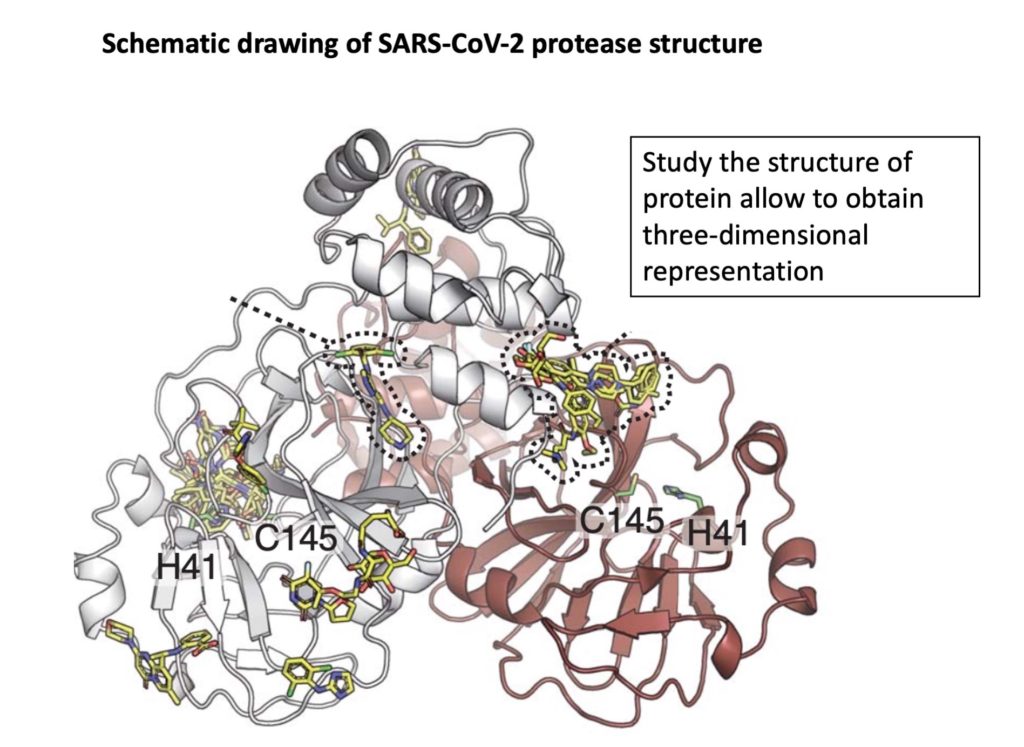