New targets on the spike

Vaccines and other treatments against COVID-19 are already available, while others are still being developed. The principal target of these vaccines and of treatments that use therapeutic antibodies is the spike (S) viral protein. This protein, situated on the surface of the virus, is trimeric (an assemblage of 3 proteins) and enables the virus to enter the cell. The S protein has 2 sub-units : 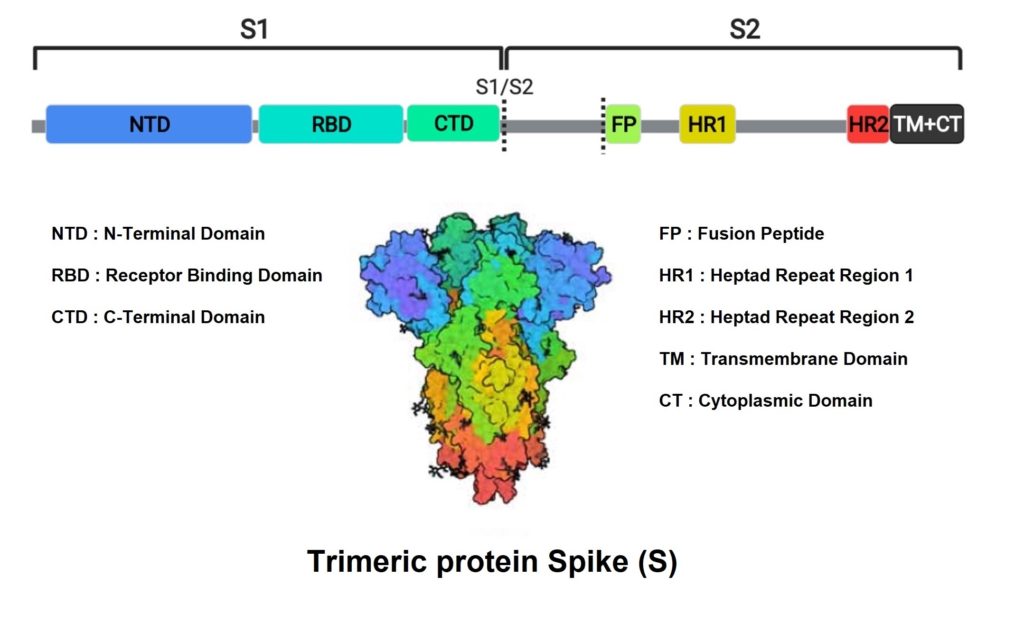 The researchers used a method they had developed to study HIV mutations that enabled evasion of monoclonal antibodies, in other words, those mutations which made the virus insensitive to the latter. This technique makes it possible to determine those mutations that enable escape in the regions targeted by the antibodies under study. A directory of more than 24 000 peptides from 31 amino acids was created, covering the whole of the SARS-CoV-2 spike protein sequence. Serum containing antibodies was taken from 18 patients infected with SARS-CoV-2 at 30 and 60 days after the initial appearance of symptoms. The scientists were thus able to study the peptides and therefore the regions linked by the antibodies from the patient serum. Apart from the RBD, it appears that 2 other S protein domains are particularly targeted by the antibodies: the fusion peptide and the HR2 domain, situated in the S2 sub-unit. They also tested the neutralisation of SARS-CoV-2 viral particles by the antibodies targeting these 2 regions.

Then the researchers studied the effect of mutations on antibody binding. It seems that the impact of mutations is highly variable depending on the patients. They selected the 20 mutations most commonly found in variants currently in circulation, such as the N501Y mutation, shared by the UK, South African and Brazilian variants, and the E484K mutation, found in the South African and Brazilian strains. These mutations do not concern the fusion peptide or HR2 domains targeted by antibodies. However, studies have shown that mutations on amino acids that are not in direct contact with antibodies may have an impact on their binding, through the introduction of charged or bulky amino acids. Researchers observed that these mutations have little or no impact on the binding of patient antibodies.

These 2 regions may therefore prove to be new targets for developing vaccines, in particular the peptide fusion region, since it is highly conserved between coronaviruses, thereby lowering the risk of the emergence of escape mutations. 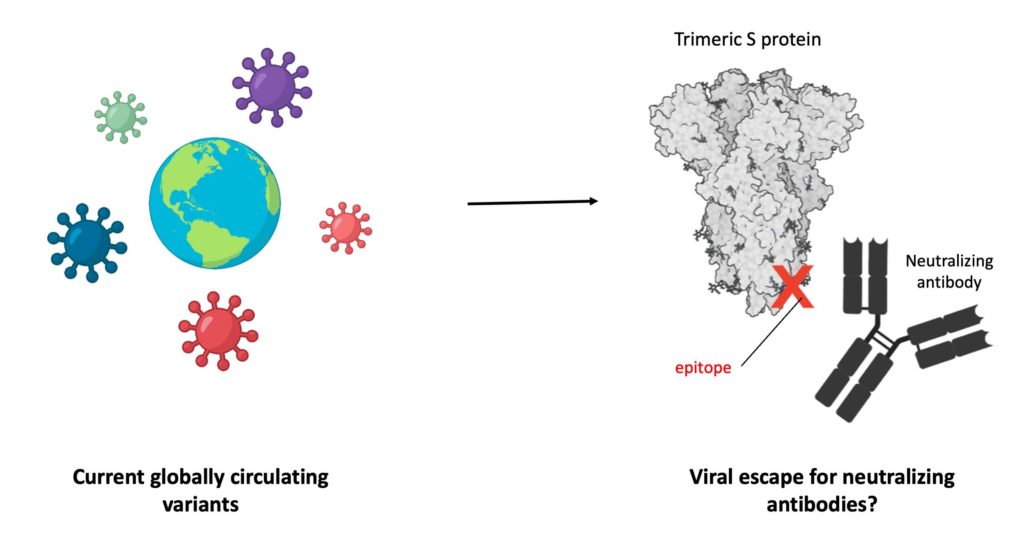