Memory B lymphocytes could be more prevalent in young children

The humoral immune response (that is, the antibody response) may differ between adults and children. In a study, researchers at the University of Stanford, US, analysed how memory B cells against SARS-CoV-2 are distributed through the tissues, as well as the differences between children and adults.

They first of all observed that the children had a higher level of memory B cells reacting against SARS-CoV-2. Their hypothesis was that we are more exposed to other benign coronaviruses during our childhoods and that as a result the activated immune memory enables a cross-reaction against SARS-CoV-2. That would explain why children have less serious forms of COVID-19.

They also observed that in adults, the majority of memory B cells are in the lymph tissues, principally in the lymph glands. Nevertheless, the specific memory B cells from bacteria are more numerous in the spleen. All this information on memory B cells is highly important since vaccination, notably against SARS-CoV-2, depends on their production. 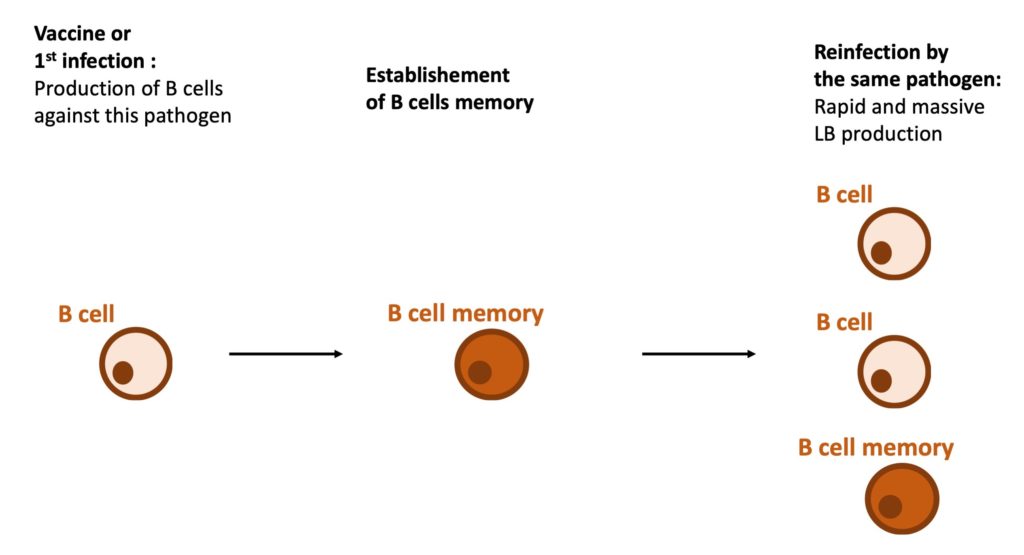 Fan Yang and coll. Shared B cell memory to coronaviruses and other pathogens varies in human age groups and tissues Science 372, 738–741 (2021).