The majority of people infected by SARS-CoV-2 show only moderate symptoms. However, a small fraction go on to develop severe forms, and some die as a result. The very rapid spread of COVID-19 and the impossibility of predicting the illness’ evolution are the main reasons for the overburdening of hospital services.

Understanding the evolution of the humoral response during infection and its role in the patient recovery is hugely important for the development of a vaccine or other treatment. The study of the variety of antibodies produced in the case of an acute humoral response following SARS-CoV-2 infection can give us answers as to the diversity of symptoms that are observed. The principal antibodies produced following infection are IgM, IgA and IgG. They fix themselves to the Fc receptors of the APC and contribute to the destruction of infected cells. 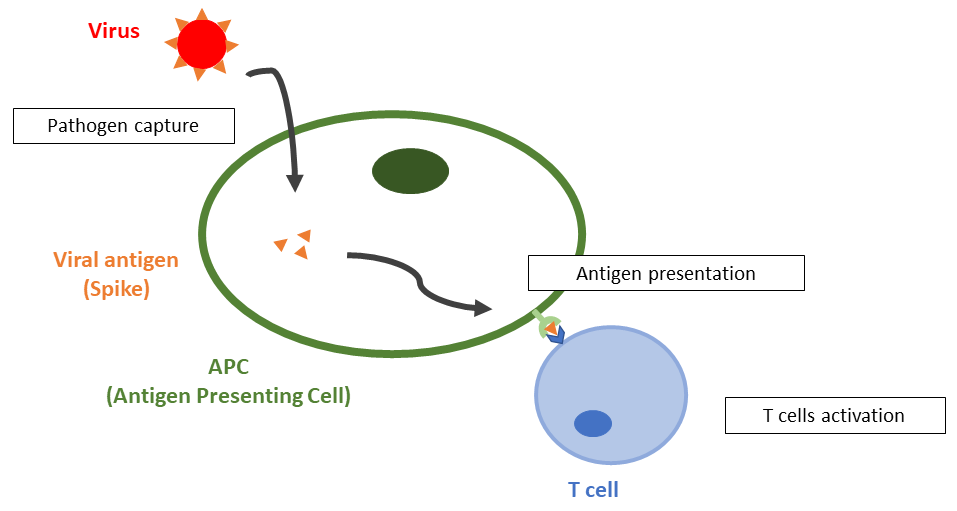 In a new study, 193 patients were separated into different groups and their humoral response was tracked over 3 weeks after the appearance of symptoms. These groups were:

Unlike infections produced by other viruses, SARS-CoV-2 results in the automatic production of IgA and IgM a short time after the appearance of symptoms, although patients with moderate infections showed the lowest levels of these types of antibodies. Production was similar in patients with severe cases and those who did not survive COVID-19.

In the light of these results, the properties of antibodies between different individuals was evaluated. Just one week after the appearance of symptoms, a better humoral response was observed in patients with a severe form of COVID-19. Although the response increased in both groups that survived the disease, the response of the group in the severe category was more uniform in its antibody production and more robust over time compared with responses in deceased patients. So the iGgs of individuals with severe infections were more capable of linking to the Fc receptors than the antibodies of patients who did not survive. It was also possible to demonstrate a better  phagocytic response in all patients that survived: these are the cells that are capable of  interiorizing and destroying hostile elements of diverse sizes.

In the group of patients with moderate levels of infection, the humoral response was significantly slowed, possibly due to the activation of other mechanisms or to having been exposed to a lower concentration of the virus initially.

Although the production of antibodies does seem to increase according to the severity of the infection, it was not possible during this study to show higher levels of antibodies or other significant changes in function in patients who died as a result of COVID19.

This result can be shown diagrammatically as follows: 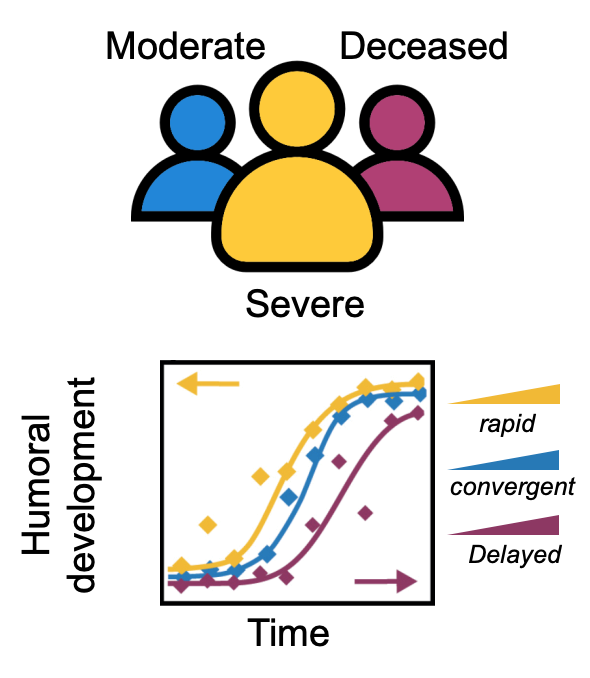 The development of early biomarkers, a biological characteristic measurable in the days following infection, allows us to more easily distinguish patients who are tending towards the severe forms of the illness seen in other patients, and to give them appropriate hospital treatment in good time.