How have vaccines been produced so quickly?

How has it been possible to develop a vaccine against COVID-19 in such a short period of time? This success is linked to the exceptional nature of the situation, of which 3 aspects might be underlined:

Thus, several vaccines against SARS-CoV-2 were created in a year while most vaccines took years to develop. 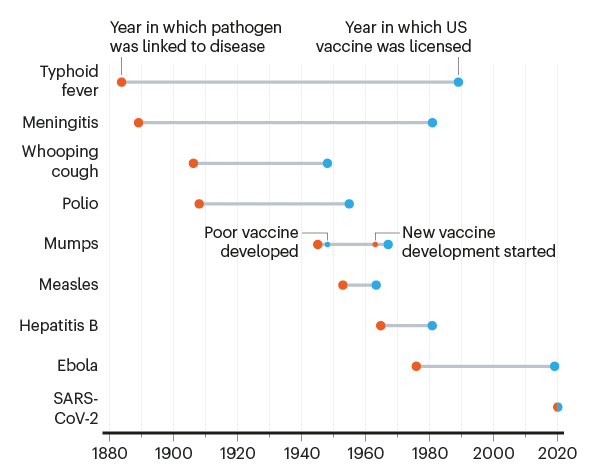 It seems unlikely that the levels of cooperation resulting from this unprecedented situation will apply to future vaccine development, but there are some benefits that could be permanent, and some lessons have been learned. The use of RNA vaccines, not authorized till recently, may enable the simple and rapid production of vaccines against other pandemics. Also, thanks to the data collected during the many clinical trials carried out in a single year, our understanding of immune responses to vaccines (in particular RNA vaccines) will have progressed more than in previous decades. Researchers are already working in anticipation of other pandemics, some of which might prove even more problematic than SARS-CoV-2. The extraordinary pace of the development of anti-COVID-19 vaccines (even though not all clinical testing has been completed) shows what medical science is capable of when supported. It should be underlined that in the future it would be judicious to use resources for prevention and / or surveillance of these viruses, rather than to urgently inject massive amounts of money when the epidemic arrives.

Philip Ball. The lightning-fast quest for COVID vaccines — and what it means for other diseases. Nature, 18 DECEMBER 2020.