How do we block the different variants of the virus?

SARS-CoV-2 is able to enter cells through its interaction with the spike (S) surface protein and the ACE2 cellular receptor. Soluble ACE2 proteins (sACE2), to act as lures for the virus (see News-COVID-19.info letter 4-10 January 2021), and protease inhibitors are treatments currently undergoing clinical trials. But for the moment, only neutralizing antibodies constitute an effective treatment. These antibodies principally target the S viral protein. In recent weeks several variants of the virus have emerged, notably the UK, South African and Brazilian variants. The latter 2 include nine and eleven mutations in the S protein (notably in positions 417, 484 and 501). German researchers have recently shown that the candidate treatments sACE2 and the protease inhibitors, as well as membrane fusion inhibitors (which block the virus’ entry into the cell), are effective against all these variants, while antibodies (therapeutic or the result of vaccination) are only partially effective.

They first of all investigated the sACE2 and protease and membrane fusion inhibitors candidate treatments to find out if they block entry of a pseudovirus (a non-replicating model virus carrying the S protein of SARS-CoV-2 variants) into cells. It seems that both treatments are effective in blocking entry of all three variants.

They then carried out the same experiment but this time using available treatments involving neutralizing antibodies. The UK variant seemed to be satisfactorily neutralized. However, the South African and Brazilian variants responded less well, or not at all. With serum taken from patients who had recovered from COVID-19, or from others vaccinated with the Pfizer-BioNTech vaccine, protection against the South African and Brazilian variants appeared limited and less robust than against the original virus.

In conclusion, the UK variant does not seem to evade antibody neutralization, unlike the South African and Brazilian variants. One of the major routes seen as a way out of this health crisis is that of herd immunity. The emergence of SARS-CoV-2 variants that can evade the immunity brought about through vaccination is therefore a real threat. 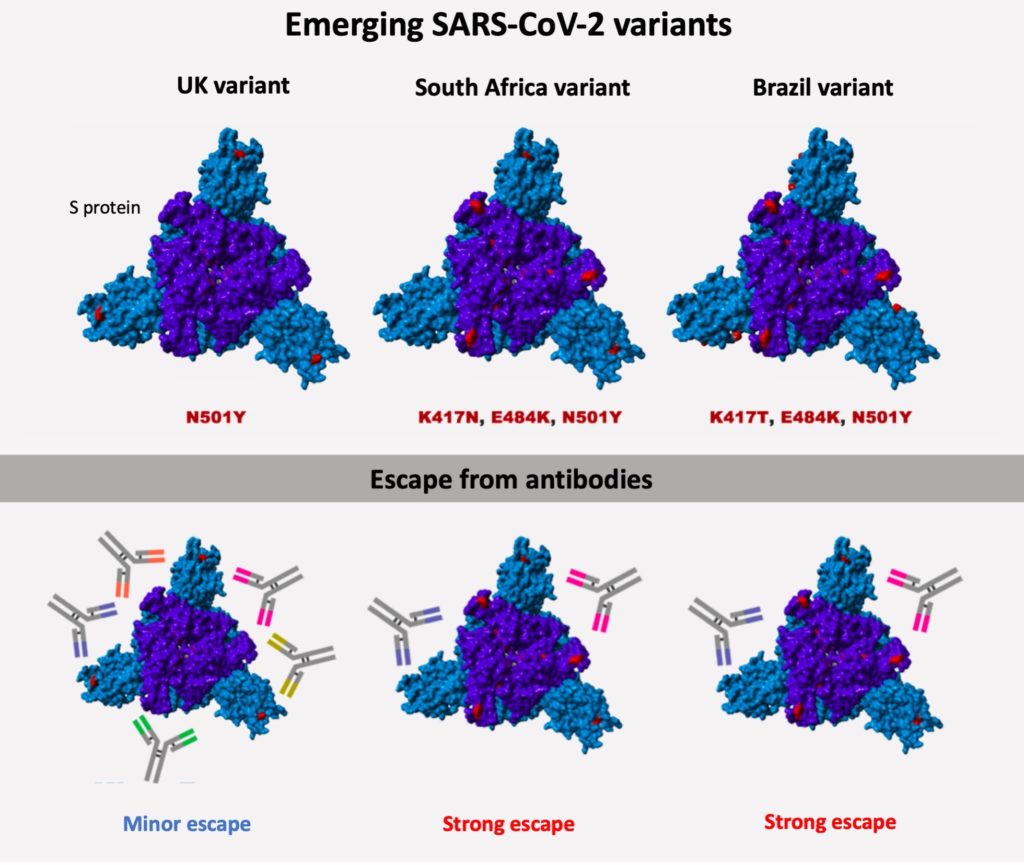