How did Delta become the dominant variant?

The first wave of SARS-CoV-2 infections in mid-2020 was more or less brought under control in India through a national lockdown. However, since March 2021, the country has experienced an explosion in cases due to the lifting of certain restrictions and the emergence of the Delta variant, at the end of 2020. This variant seemed to be more transmissible than the Alpha (UK) variant, but also seemed quite reactive to vaccinal antibodies. The Delta variant is now the dominant strain worldwide. British and Indian researchers worked together to explore the reasons for its incredible growth.

The scientists then observed an in vitro replication advantage in the epithelial cells of the lungs for the Delta variant, which explains its increased transmissibility. They also noted that the P681R mutation in the spike protein gives it an advantage that enables fusion, and thus the ability to move from cell to cell. In this way it remains hidden from neutralising antibodies. Finally, the Delta variant does not seem to be linked to a higher risk of hospitalisation, a marker for serious forms of the illness.

In conclusion, the scientists were able to show that the increase in infectivity and the reduction in sensitivity to antibodies have enabled the Delta variant to become dominant. These results indicate the necessity of updating vaccines against emerging variants, and the need to maintain some degree of physical distancing so as to limit the virus’ spread. 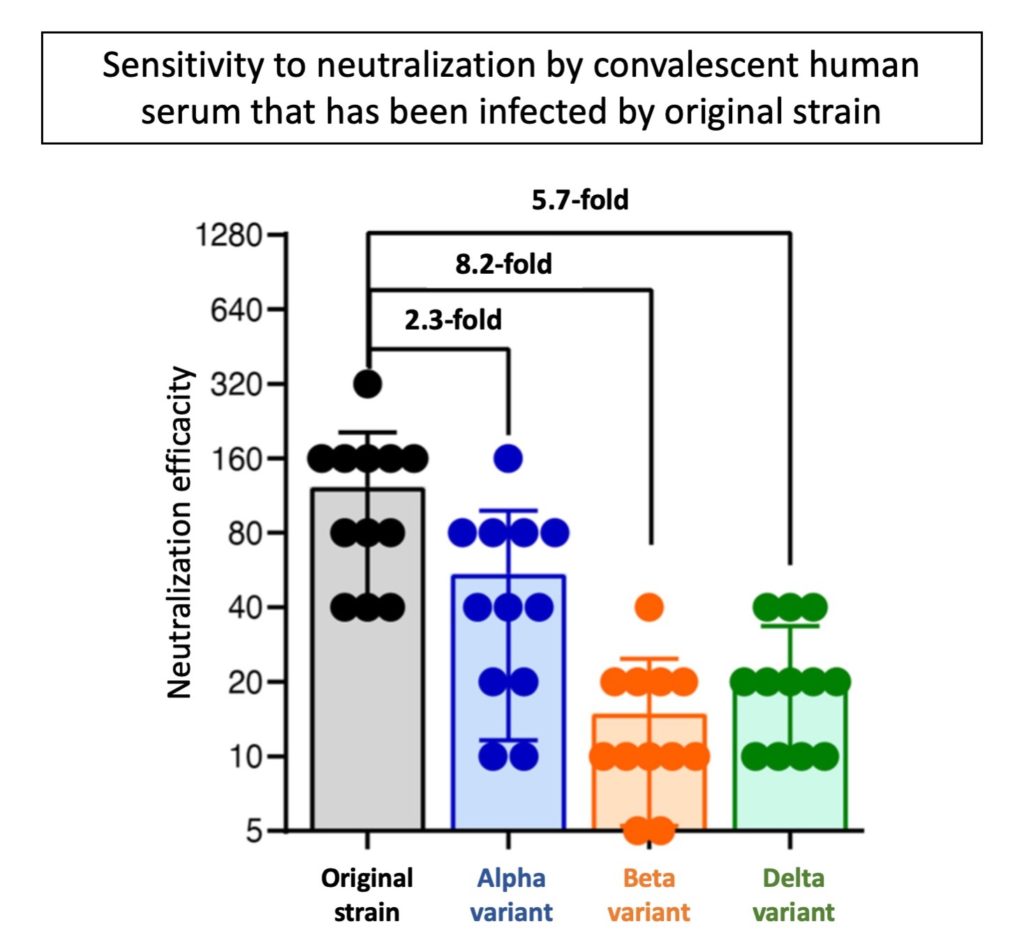