The vaccines now available against COVID-19 were created using the spike surface viral protein from the original Wuhan strain. The new Omicron variant carries a much higher number of mutations than other variants, especially in the S protein. There are therefore grounds to fear that it can escape antibodies produced by current vaccines. In this study, scientists have analysed levels of neutralisation of the Omicron variant by vaccinated individuals.

The researchers studied neutralisation in vitro, that is, using cell cultures, of the Omicron variant by serum (which contains antibodies) from patients vaccinated with either AstraZenecca or Pfizer-BioNTech. They had received 2 doses. The Omicron variant was identified on the 24th of November in South Africa, with 62 mutations in its genome as compared to the original strain, in other words far more than other variants. According to initial studies, it could be even more transmissible than the Delta (Indian) variant, which has been dominant up till now, but may not cause severe forms of the illness. The scientists showed in this study that neutralisation of the virus by antibodies produced by vaccination are less effective than for other variants, for both vaccines tested. In addition, some patient serum did not neutralise Omicron at all.

In conclusion, the Omicron variant is further removed from the original strain than other variants. For this reason, vaccines are at risk of being less effective against it. This was confirmed in this study by in vitro tests. However, this work was carried out on a limited number of patients and results need to be confirmed. And the first data that can be considered as reassuring shows that the 3rd dose of the vaccine enables more effective protection. 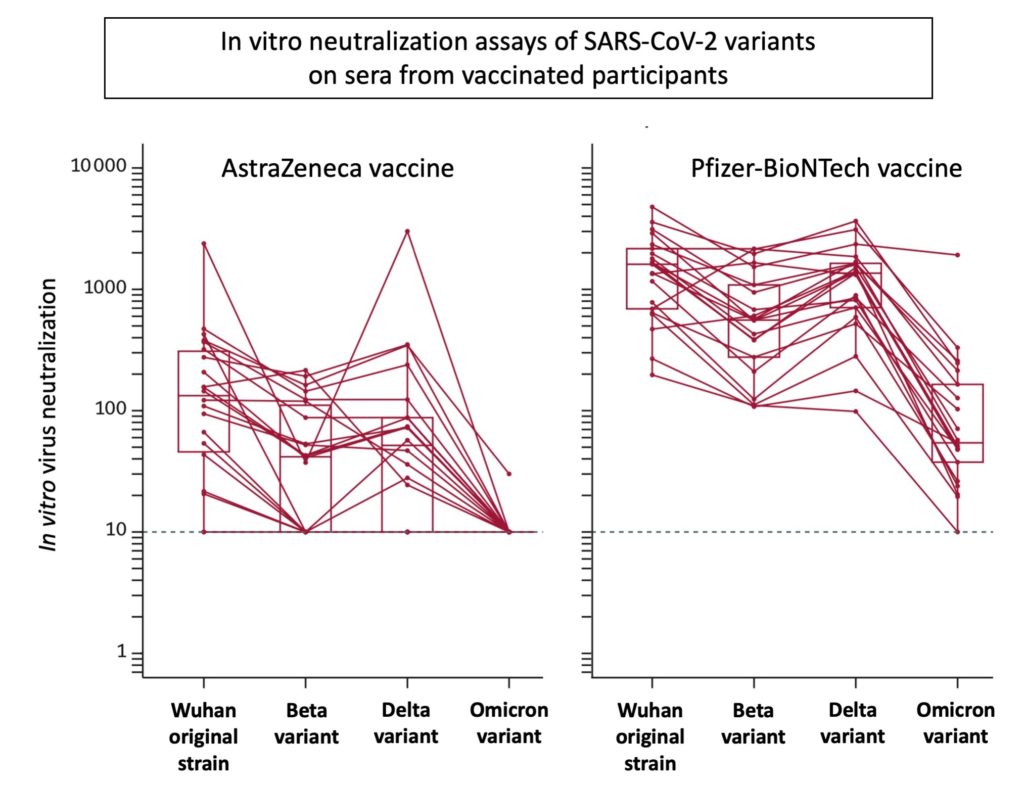