Do montetary incentives to be vaccinated work?

Safe and effective vaccines to protect against serious forms of COVID-19 are now available. But slow up-take and low levels of vaccine coverage are dangerous for public health. Developed countries are struggling to achieve more than 70% coverage of the population vaccinated. Some governments have put financial incentive schemes in place to encourage individuals to vaccinate. These vary from a modest 5$ in Canada to more significant amounts like 150€ in Greece. An international study has recently evaluated the impact of these monetary incentives.

The researchers carried out a comparative study: one group was studied in parallel with a control-group from the same population. Between May and July 2021, 8 286 Swedish individuals aged between 18 and 49 were paid 24€ to be vaccinated. Without this monetary incentive, the rate of vaccinated individuals was 71,6% according to the study, which is about the average vaccine coverage across Europe. Monetary incentives enabled the level of vaccinated people to increase by 4,2 points, to 75,8%.

Despite the large disparities in vaccine coverage according to socio-demographic factors (individuals with a higher socio-economic status are more frequently vaccinated), monetary incentives enable the rate to be increased in all categories.

The scientists then analysed the impacts of different types of behavioural nudges to persuade people to be vaccinated (such as a quiz on the safety and effectiveness of the vaccine). These measures had only a very small effect on vaccine coverage, in contrast to monetary incentives.

In conclusion, monetary incentives enable significant increases in vaccine coverage. It was important to gauge their effectiveness in encouraging individuals to vaccinate since it is a controversial measure. The researchers undertook a comparative study since analysing the data from those countries that had used this method were insufficient due to the lack of a control-group. 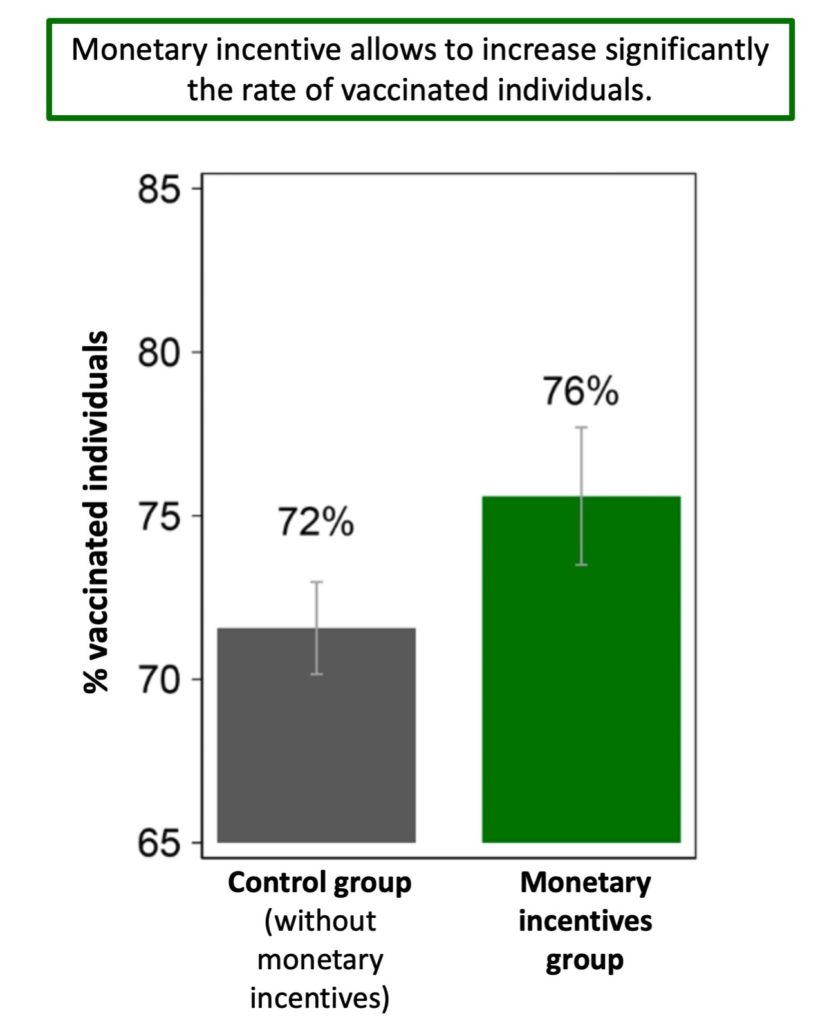