The evolution of immunity after vaccination

Infection by SARS-CoV-2 produces B cell responses that express powerful antibodies against the virus. The B cells evolve for at least a year after infection. During this evolution, the effectiveness of the antibodies produced increases, making them notably more potent against emerging variants. Vaccination is different from natural infection (path of virus administration, nature and persistence of the antigen in the body…). So how do the B cells and therefore the antibodies evolve in the months following vaccination? Researchers at New York Rockefeller University studied their evolution 5 months after the 2nd dose of the vaccine.

In conclusion, as with natural infection, vaccination against SARS-CoV-2 produces B cells which evolve over several months and enable the expression of more effective antibodies. A 2nd dose of the vaccination therefore enables a stronger response against SARS-CoV-2, but this is not greater than the protection acquired after one dose of the vaccine following natural infection. 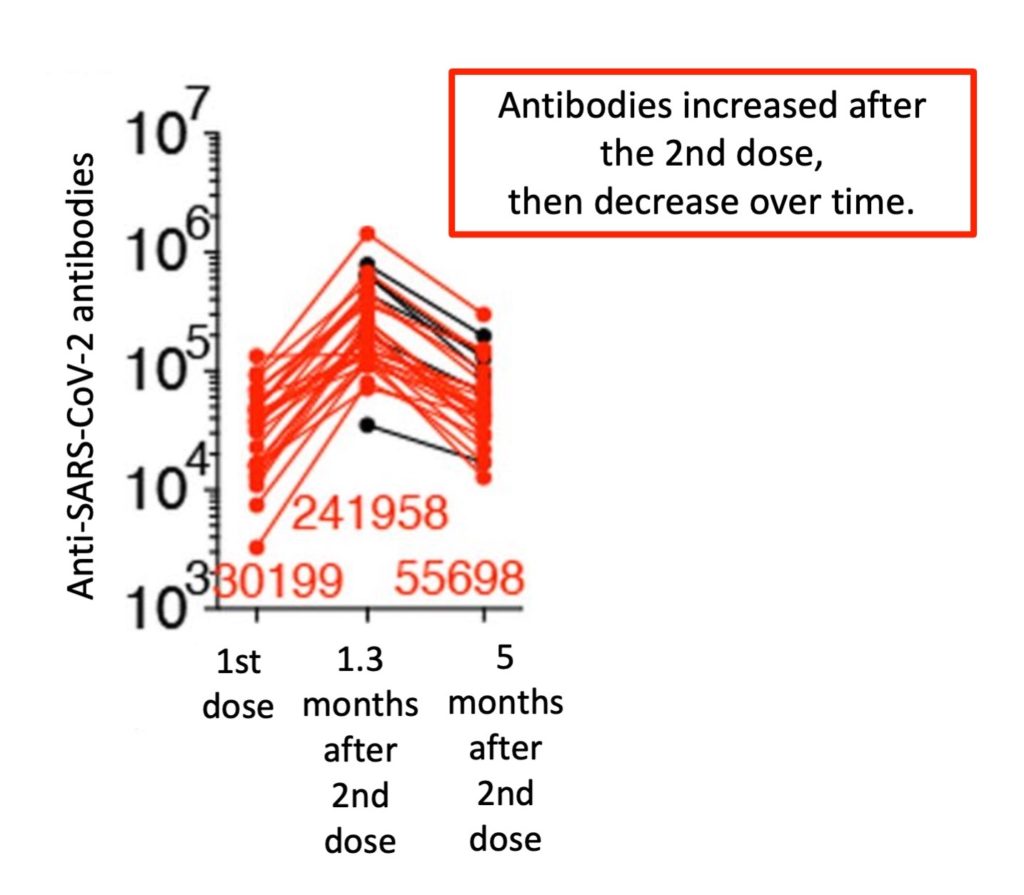