Nanobodies are small monomeric antibodies from camelids, able to attach themselves to antigens (see News-COVID-19.info letter May 3 – 9 2021). These nanobodies are able to reach targets that are inaccessible to conventional antibodies. Several nanobodies have been adapted so that they are effective against SARS-CoV-2 in humans. But they remain difficult to produce from camelid (such as llama or camel) B lymphocytes in large quantities at the moment. American researchers at the National Institute of Health, Bethesda, Rockefeller University and Columbia University, New York have nevertheless succeeded in obtaining nanobodies that are effective against SARS-CoV-2 from mice.

To do so, they genetically modified laboratory mice using alpaca, dromedary and camel genes. They then immunised these mice with the SARS-CoV-2 spike (S) surface protein to activate their immunity and to ensure that nanobodies were produced. They then isolated the nanobodies when they targeted the RBD domain of the S protein, the part that binds to the ACE2 cell receptor to allow the virus to enter the cell. Y-They verified that the nanobodies produced enabled effective neutralisation of SARS-CoV-2.

The researchers were then able to confirm what had been previously shown genetically (see News-COVID-19.info letter february 8 – 14 2021), that the mutivalent nanobodies (assemblies of several nanobodies) were more effective than simple nanobodies. Finally, the scientists were able to prove that the nanobodies were effective in neutralising emerging SARS-CoV-2 variants such as the ⍺ (UK), β (South African) and ɣ (Brazilian) strains.

These nanobodies have several advantages. Firstly, their small size allows them to bind to targets that antibodies cannot reach. In addition, they remain effective against emerging SARS-CoV-2 variants, whereas the therapeutic antibodies currently on the market tend to have diminishing effectiveness. Producing these nanobodies in laboratory mice will facilitate mass production. 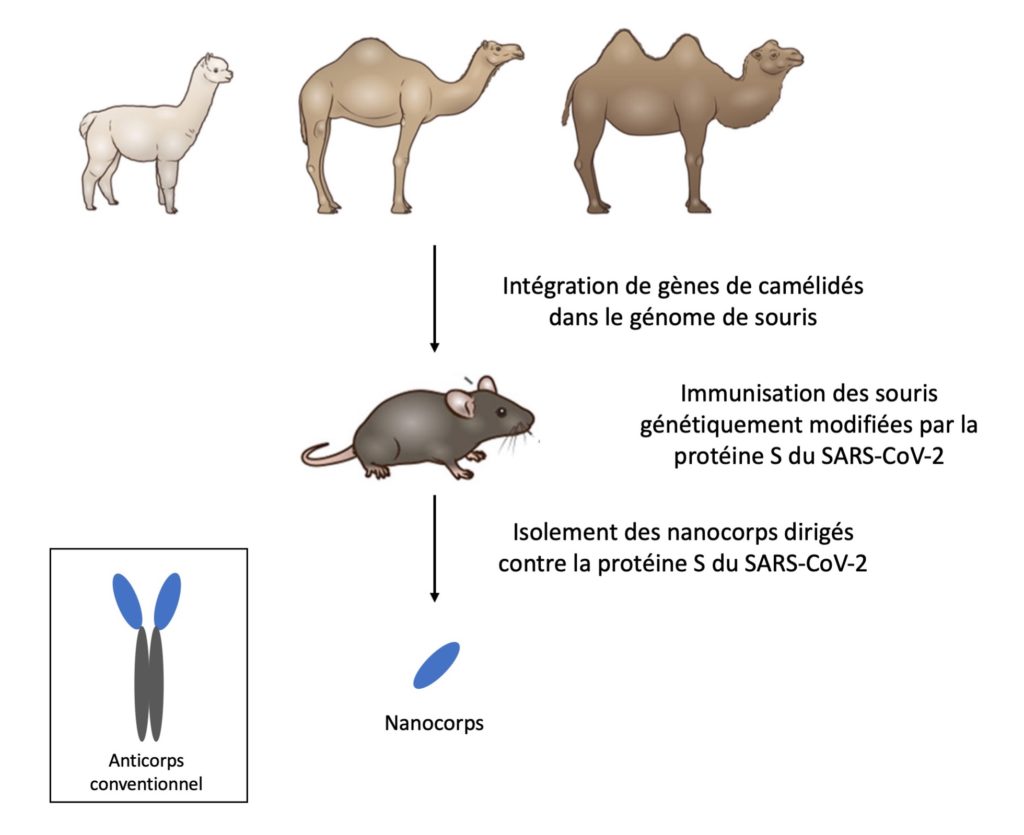