The COVID-19 pandemic caused by SARS-CoV-2 has affected millions of people across the world, whether in terms of health or economic hardship. So one of our main priorities is to find an effective treatment. As severe cases develop, we can observe an initial phase where the viral load increases, followed by a second phase characterised by increases in inflammation. Reducing inflammation is therefore necessary in order to stop severe cases becoming fatal.

It is this latter that has been recently studied. The topoisomerase 1 host enzyme (TOP1) enables the activation of pro-inflammatory genes in response to viral and bacterial infections. Researchers at the School of Medicine, Mount Sinai, New York, at the University of Kansas, and at the University of Hong Kong have shown in vivo that the therapeutic administration of a TOP1 inhibitor enables reduction in mortality levels.

The researchers analysed the transcriptome (expression of genes) and the epigenome (biochemical transformation of genes allowing modulation of their expression). Cell infection by SARS-CoV-2 brings about epigenetic modification, and thus gene activity, inducing the expression of pro-inflammatory genes regulated by specific transcription factors. It was found that TOP1 is amongst these factors. They showed in vitro that inhibition of the TOP1 protein enables a reduction in the expression of pro-inflammatory genes.

The molecule Topotecan was then tested as a TOP1 inhibitor in infected cells. Unlike Remdesivir, an antiviral used in the treatment of SARS-CoV-2, Topotecan does not prevent viral replication, but acts exclusively on the inhibition of host genes.

The scientists then tested the effect of the molecule in vivo, firstly on hamsters as a model for infection by SARS-CoV-2. The animals were treated 24 and 48 hours after infection. Their lungs were then removed 4 to 6 days after infection to carry out transcriptomic and histological studies. In non-treated animals, the destruction of lung alveoli, the death of epithelial cells, a massive infiltration of immune cells and expression of pro-inflammatory molecules were observed. However, hamsters treated with Topotecan, even in small does, suffered from less tissue damage.

Finally, this treatment was evaluated using a complementary animal model, transgenic mice expressing the human ACE2 cellular receptor (which enables entry of the virus into the cell) and mimicking severe cases of COVID-19. The researchers showed that treatment on the mice inhibited over-inflammation and increased survival rates. 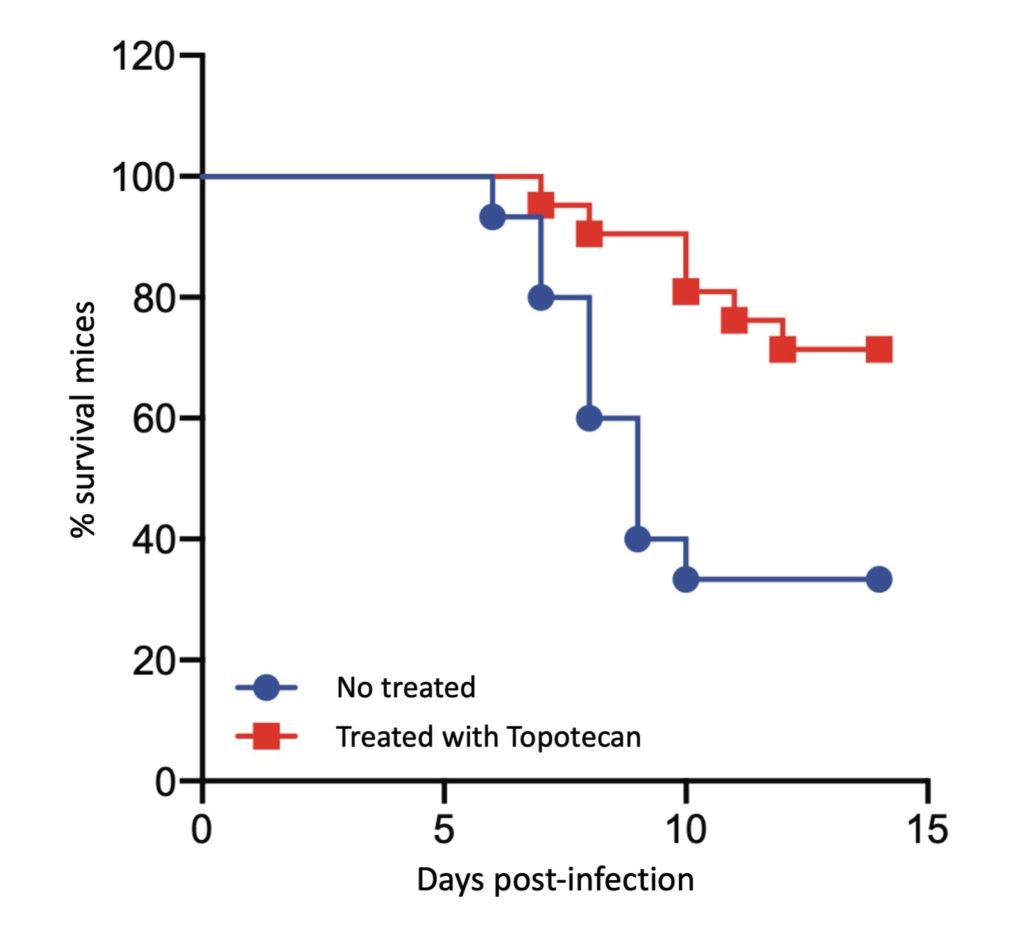 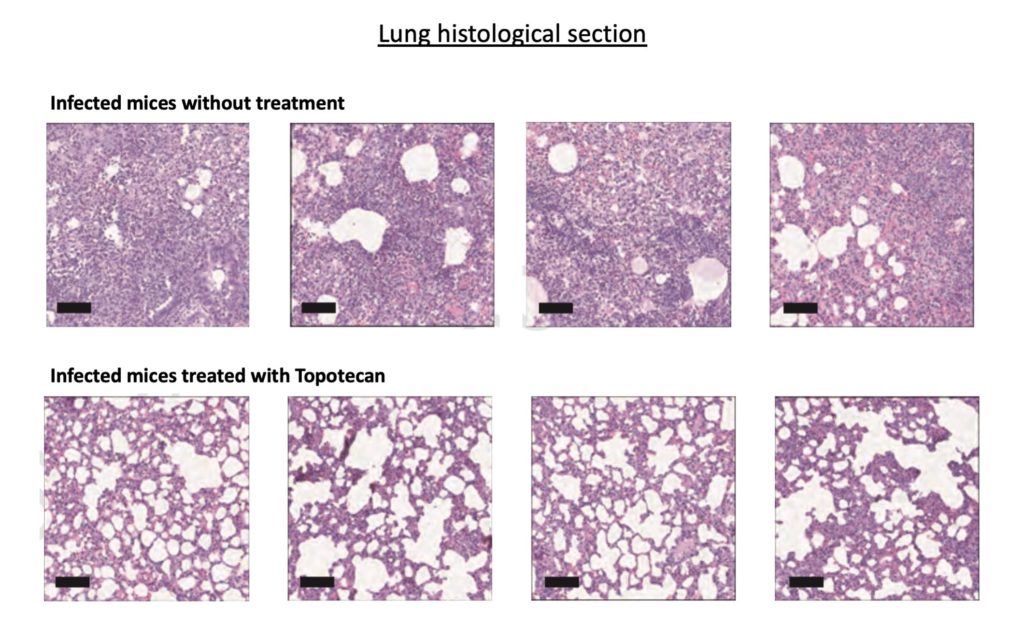 The researchers thus showed that infection of cells by SARS-CoV-2 causes the activation of pro-inflammatory genes that may be limited by inhibition of the host enzyme through Topotecan treatment, enabling the activation of gene transcription. They verified these results in vivo  on two animal models. This molecule, already on the market for use with other pathologies, is a generic drug (without patent restrictions), cheap, and available worldwide. Re-thinking the use of existing medications may therefore be a good strategy for achieving effective COVID-19 treatments quickly.