Several vaccines have been developed in the fight against the COVID-19 pandemic. Amongst them are 2 vaccines, those of  Moderna  and of Pfizer BioNTech, that are based on mRNA technology. These vaccines are effective, safe and now in widespread use to prevent symptoms of the illness.

To test them, American researchers recently analysed the antibodies produced by these vaccines. 14 volunteers received the Moderna vaccine and 6 the Pfizer BioNTech vaccine. The blood samples that were analysed were taken 3 to 14 weeks after the 2nd injection of the vaccine.

The results show that the vaccinated individuals produced IgA and IgG antibodies targeting the virus’ surface spike protein similar to those produced after natural infection. There was no difference in neutralization of SARS-CoV-2 between the antibodies produced by Moderna and by Pfizer BioNTech. Using cryo-microscopy, the researchers studied the conformation of the spike proteins produced from vaccine mRNAs. They observed that they adopted the same conformation as those observed on viral particles.

Recently, variants of the virus, including the English, South African and Brazilian variants, have appeared and have spread rapidly through populations. The antibodies generated through vaccination seem, however, to neutralize the mutations of Sars-CoV-2 less well (the N501Y, K417N and E484K mutations). In fact, when these antibodies (artificially produced, monoclonal) were studied individually, 14 out of 17 seemed to lose their effectiveness against these different mutations. 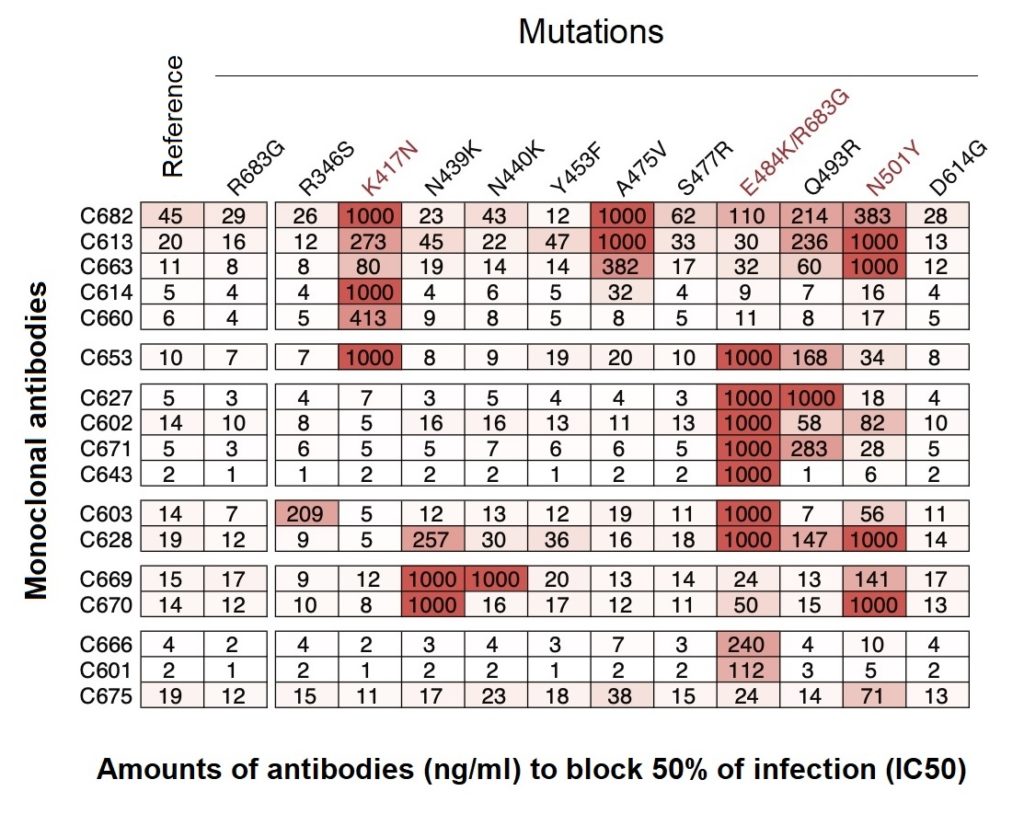 What’s more, the vaccination, via the antibodies produced, would appear to exert selection pressure leading to an increase in mutants of the virus. The risk is that an accumulation of mutations will render the vaccine less effective, meaning that it would need to be updated.