A broad-spectrum vaccine effective against sarbecovirus

SARS-CoV-2 is a member of the genus β-coronavirus and subgenus sarbecovirus. Other sarbecoviruses have already caused epidemics, such as SARS-CoV in 2003 (about 8 000 infections and 800 deaths) and MERS-CoV in 2012 (at least 2 600 cases and 900 deaths). Sarbecoviruses have spike surface proteins, the target of powerful neutralising antibodies, that differ while remaining similar. Bats are a significant reservoir of β-coronaviruses with a high risk of strains emerging in humans, since certain viruses (such as WIV-1-CoV) are capable of using the cellular receptor to enter human cells. American researchers (at the University of North Carolina, the University of Pennsylvania, and the University School of Medicine, Durham) have compared the spike in animal and human viruses and have just developed a vaccine that could be effective against high-risk sarbecoviruses.

This vaccine is based on RNA messenger technology (mRNA) expressing a chimeric Spike protein, assembled from the spike proteins of different sarbecoviruses. The researchers thereby designed 4 types of chimeric spikes.  They showed that these test vaccines allow the obtention of a powerful antibody response against human pandemic sarbecoviruses and certain sarbecoviruses that infect bats. This antibody response appears to be much greater than that obtained from the anti-spike SARS-CoV-2 vaccine.

The researchers also showed that these chimeric spikes enable the production of antibodies that are effective against variants, like the SARS-CoV-2 vaccine.

Finally, they tested these vaccines on elderly mouse models infected with different sarbecoviruses. These test vaccines effectively neutralised the original SARS-CoV-2 strain, the Alpha and Beta variants, and other sarbecoviruses such as WIV-1-CoV.

In conclusion, in view of the high epidemic risk of sarbecoviruses, it would appear necessary to develop effective vaccines and drugs against these different viruses that may emerge. 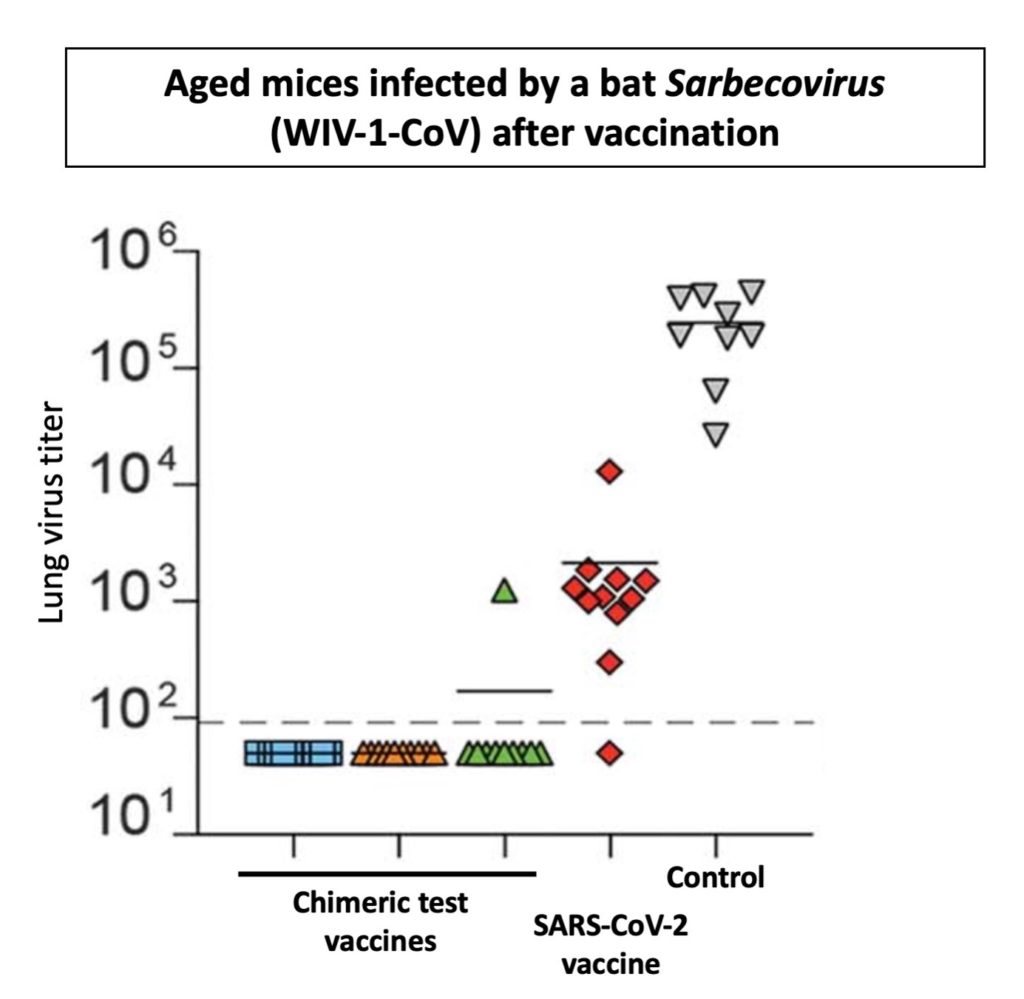