A better vaccine from the South African variant?

A significant number of new SARS-CoV-2 variants have been identified in recent months, notably the South African variant, which emerged in October 2020 and rapidly became dominant in South Africa. This variant carries 3 characteristic mutations in the RBD domain of the spike (S) surface protein: K417N, E484K and N501Y. This domain is particularly important since it is in contact with the ACE2 cellular receptor, enabling entry of the virus into the cell, and is the main target of neutralizing antibodies. In particular, it is the E484K mutation that seems to allow the virus to evade antibodies. Researchers at the African Health Research Institute  (AHRI, Durban, South Africa) and at the University of KwaZulu-Natal (Durban, South Africa) have recently shown that the South African variant can escape neutralization by antibodies used against other variants, but that it could serve as a model for a broad-spectrum vaccine.

Researchers took serum containing antibodies from 14 patients infected during the 1st wave of the epidemic. Sequencing of viral genomes revealed that 13 of these patients had been infected by the original Wuhan strain (with no mutation in the viral genome). However, the viral genome of one patient revealed the presence of the E484K mutation, but without the other characteristic mutations of the South African variant. 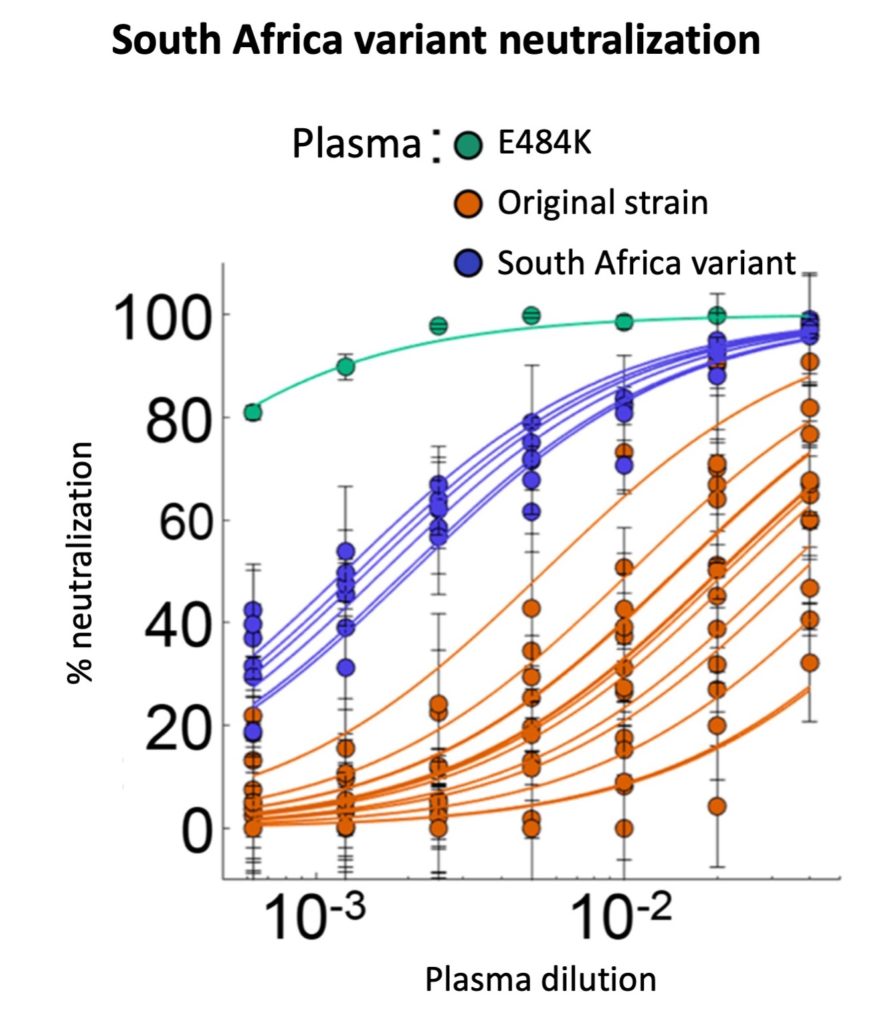