Will a future vaccine using nanoparticles be effective against several coronaviruses?

The various epidemics of Sarbecoviruses, coronaviruses originating from bats (SARS-CoV-2, SARS-CoV and MERS-CoV) suggest that we are not safe from future outbreaks.  In addition, SARS-CoV-2 variants such as the Alpha (UK), Beta (South African) and Delta (Indian) variants are able to partially evade the antibodies activated by vaccination. It is in this context that American researchers (at the University of Washington, Seattle, and the University of North Carolina at Chapel Hill) are currently developing a vaccine that will enable immunisation against these new variants, as well as against other Sarbecoviruses that may be at the origin of any future epidemic.

The researchers used the RBD (Receptor Binding Domain) of the spike surface protein, the domain where binding to the ACE2 cellular receptor occurs to enable entry of the virus into the cell. They grafted RBD domains onto nanoparticles, which are generally between 1 and 100 nanometres in diameter. They are of 2 types: either a mosaic of RBDs (different RBDS on the same nanoparticle), or a cocktail of different nanoparticles each carrying an RBD. The scientists demonstrated that this candidate vaccine enables a robust response of neutralising antibodies and CD4 T cells.

They then tested the vaccine on mice. It seems to protect them against infection by SARS-CoV-2, even with a single or low dosage. The researchers then tested the neutralisation of SARS-CoV-2 variants. The vaccine also enables the production of neutralising antibodies that are effective against different SARS-CoV-2 variants. It does appear to be immunogenic and give protection in mice against emerging variants of the virus, as well as against different Sarbecoviruses.

In conclusion, the scientists managed to prove that a vaccine made up of nanoparticles carrying RBDs of different Sarbecoviruses gives effective protection against SARS-CoV-2 and emerging variants as well as against Sarbecoviruses. This vaccine, which is effective even after a single injection, could enable large sections of the population to be immunised. It is currently undergoing phase II/III clinical trials. 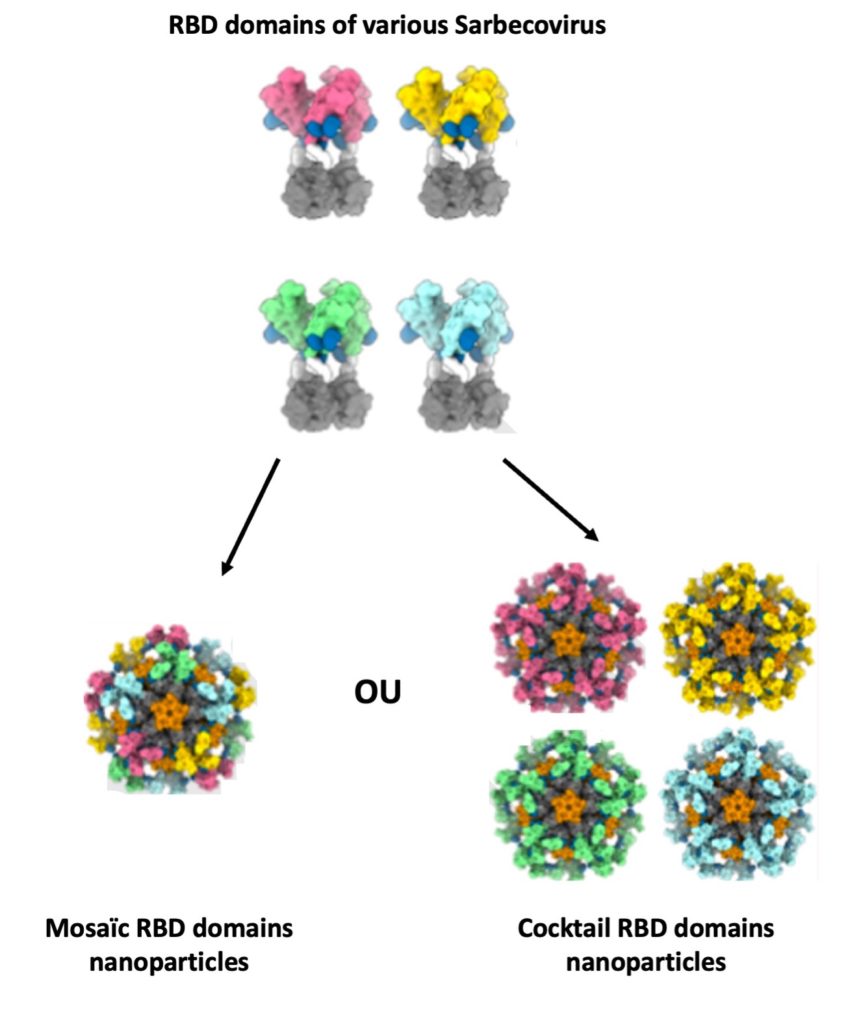