Why do developing countries have greater vaccine acceptance?

Distribution of vaccines has been unequal, with the majority of stocks going to developed countries. While vaccination remains the best and quickest solution to the pandemic, it is nevertheless necessary to reach herd immunity. For that to happen, there must be an equitable distribution of vaccines across the world, and the majority of the population needs to accept vaccination. An international study has just evaluated support for the vaccine in developing countries (DCs).

The researchers studied the results of 15 opinion polls carried out on the populations of 10 DCs in Africa, Asia, and South America. They compared these results to results obtained in Russia and the United States, two developed countries involved in vaccine research and development. These polls, carried out by telephone, included responses from more than 44 000 individuals and involved questions on attitudes to vaccination.

The scientists were thus able to show that average levels of vaccine acceptance in populations in DCs were 80% (between 66% and 97%). This rate is higher than in the United States (65%) and in Russia (30%). Lowest rates of acceptance were found in Pakistan and in Burkina Faso (66%), and women were found to be less likely than men to be vaccinated. The researchers also observed differences in vaccine acceptance according to age, but that varied from country to country: in India and in Nigeria, people younger than 25 were less inclined to be vaccinated than people aged between 25 and 54. However, in Mozambique and in  Rwanda, people younger than 25 were more favourable to vaccination than older people.

The authors then analysed the diverse reasons for attitudes to vaccination. The majority of people wanted to protect themselves. The second positive reason given was to protect their families. In the most hesitant, the danger of side effects was a major preoccupation. But the individuals questioned also had doubts as to the vaccines’ effectiveness, while some did not feel they were personally concerned by COVID-19.

Finally, the researchers wanted to know who their questionees listened to the most. In almost all countries, it was primarily the medical authorities, then family and friends. However, advice given by political and religious leaders, and by celebrities, seemed to be largely ignored.

If attitudes in these countries are compared to those in northern countries, it seems that there is a greater overall level of acceptance. These poorer countries already have high levels of vaccine acceptance to control common infectious diseases such as tuberculosis or measles. These results will enable targeting of countries where vaccination acceptance is lowest with specific public information campaigns. 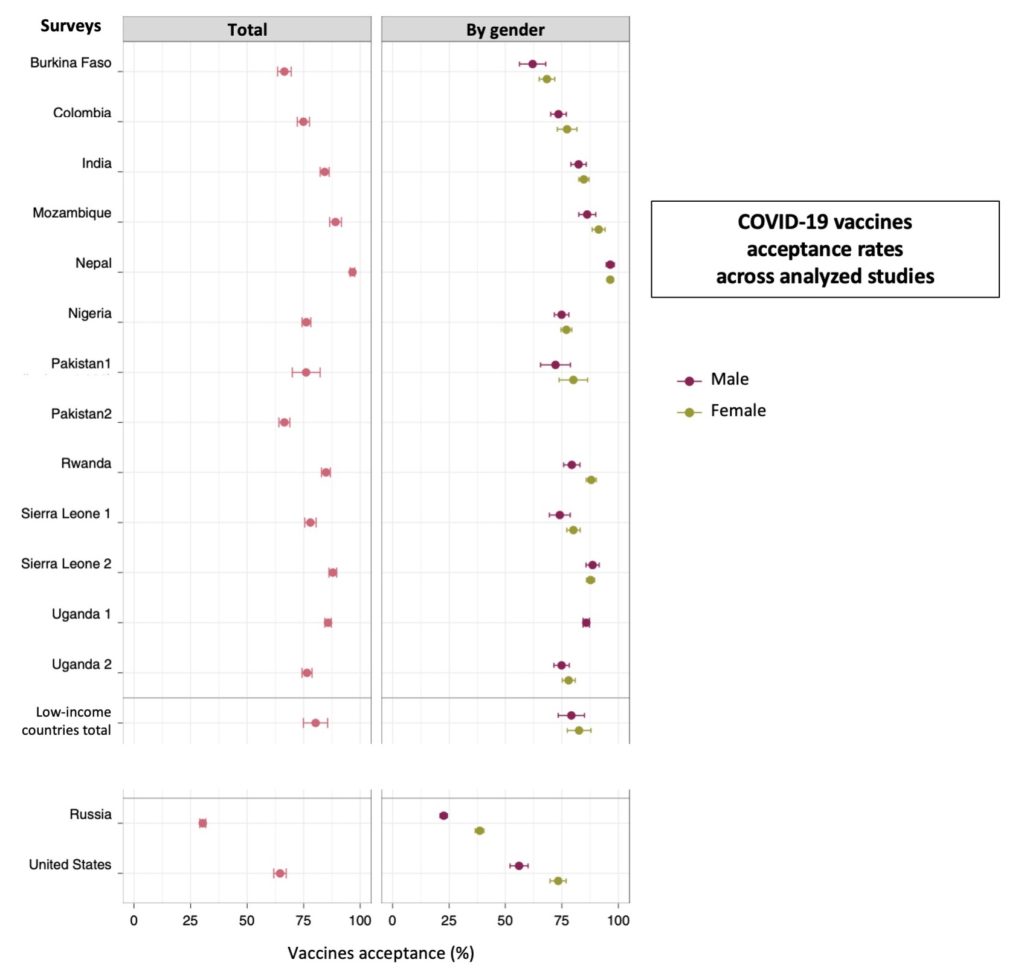