Could the South African variant partially escape the effects of vaccination?

SARS-CoV-2 has infected 106 million people and killed 2.3 million. Several candidate vaccines have been developed by different companies (Novavax, Janssen, Moderna, Pfizer-BioNTech, Oxford-AstraZeneca), based on various technologies (RNA, adenovirus vectors…). All these vaccines have been developed using sequences of the surface spike (S) viral protein from the strain in Wuhan that was at the origin of the epidemic. Now the virus has mutated. We have to ask ourselves whether those vaccines already developed will remain effective.

In the course of recent weeks, a number of variants have appeared in different parts of the world. The 1st to be identified was the UK variant in October 2020. Others were then reported, notably the South African variant in October and the Brazilian variant in December. These new viral strains each have 9 to 12 mutations or deletions, mainly in the S protein, but with a common point: certain mutations are found in the RBD domain. The RBD (“Receptor Binding Domain”) is the region of the S protein that binds to the ACE2 cellular receptor, enabling the viral particle to enter the cell. This region is also the target for numerous neutralizing antibodies. Protection against infection, whether acquired naturally or through vaccination, depends on the blockage of this interaction between the RBD and the ACE2 cellular receptor. 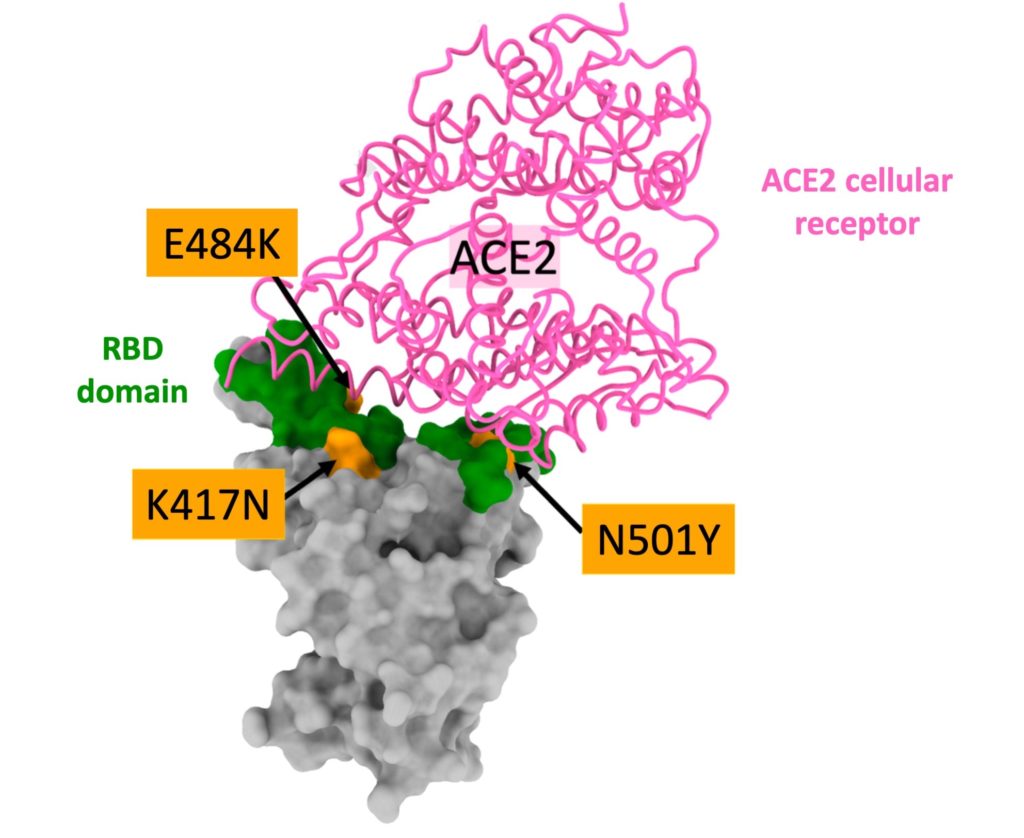 Researchers at the University of Oxford have evaluated the capacities of the South African variant to escape the immunity produced by previous natural infection by another strain or by vaccination (vaccines developed from sequences of the strain at the origin of the pandemic). To do this, they carried out neutralization tests on the South African variant using monoclonal antibodies, serum from already infected patients or serum from patients vaccinated with the Pfizer-BioNTech or the Oxford-Astra Zeneca vaccine.

This can be represented as follows: 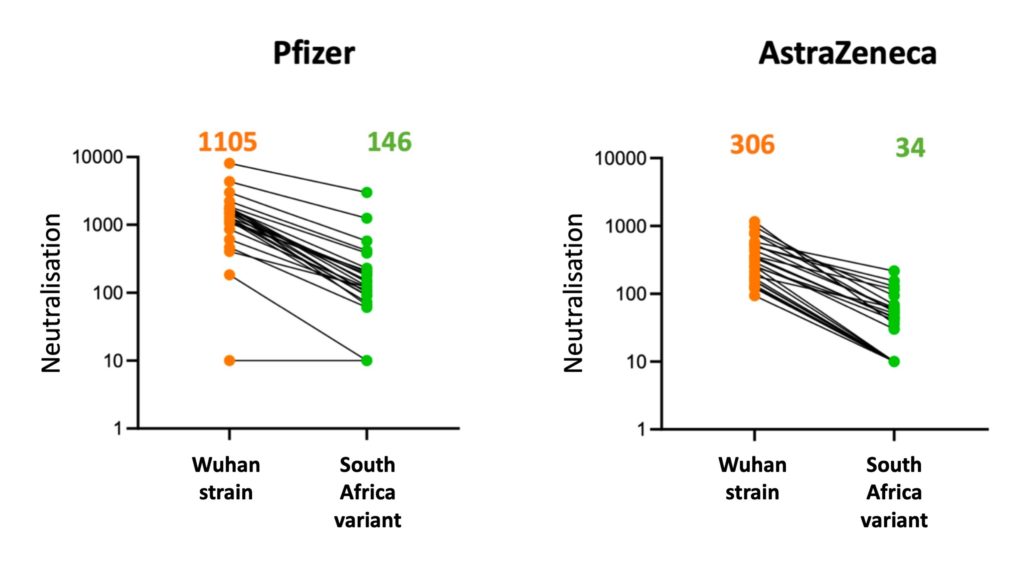 This study showed that the South African variant is more difficult to neutralize than the original Wuhan strain, whether using monoclonal antibodies, serum from infected patients, or serum from patients immunised against SARS-CoV-2 through vaccination.