The effectiveness of the Janssen vaccine

Several vaccinations are now on the market and they remain our best weapon to combat the spread of SARS-CoV-2. But the emergence of new variants, in particular the Alpha (⍺ or UK), the Beta (β or South African), the Epsilon (𝛇 or Californian), and the Gamma (ɣ or Brazilian) variants, may reduce the effectiveness of these vaccines. However, not all vaccines function in the same way. The Janssen vaccine, for instance, is adenovirus-based. Researchers at the Beth Israel Deaconess Medical Center (Boston, USA) and in Janssen’s laboratories (Leiden, the Netherlands) have tested its effectiveness against the variants.

The researchers studied the immune response from the serum (containing antibodies) of 25 individuals aged between 18 and 55 years old, immunised with the Janssen vaccine. To study the humoral (antibody) response, they analysed the neutralisation of pseudoviruses by the serum of vaccinated individuals. Pseudoviruses are laboratory-made viruses that carry only the SARS-CoV-2  spike (S) surface protein and are unable to replicate. Four types of pseudovirus have been developed, corresponding to the S proteins of the Alpha, Beta, Epsilon and Gamma variants.

A reduction in neutralisation against these variants was observed, but not more so than in other vaccines. The most resistant strains are the Gamma (Brazilian) and Beta (South African) variants, with 3,3 and 5 times reduction respectively in neutralisation compared with the original virus.

The scientists then studied the CD4 and CD8 T lymphocyte immune response of vaccinated individuals. It seems that the T lymphocyte response, important in vaccine protection, is largely maintained against these variants and is similar to that observed against the original virus strain. The same result was reached with other types of vaccines.

In conclusion, the results obtained for the Janssen vaccine against variants is identical to those of other currently available vaccines. 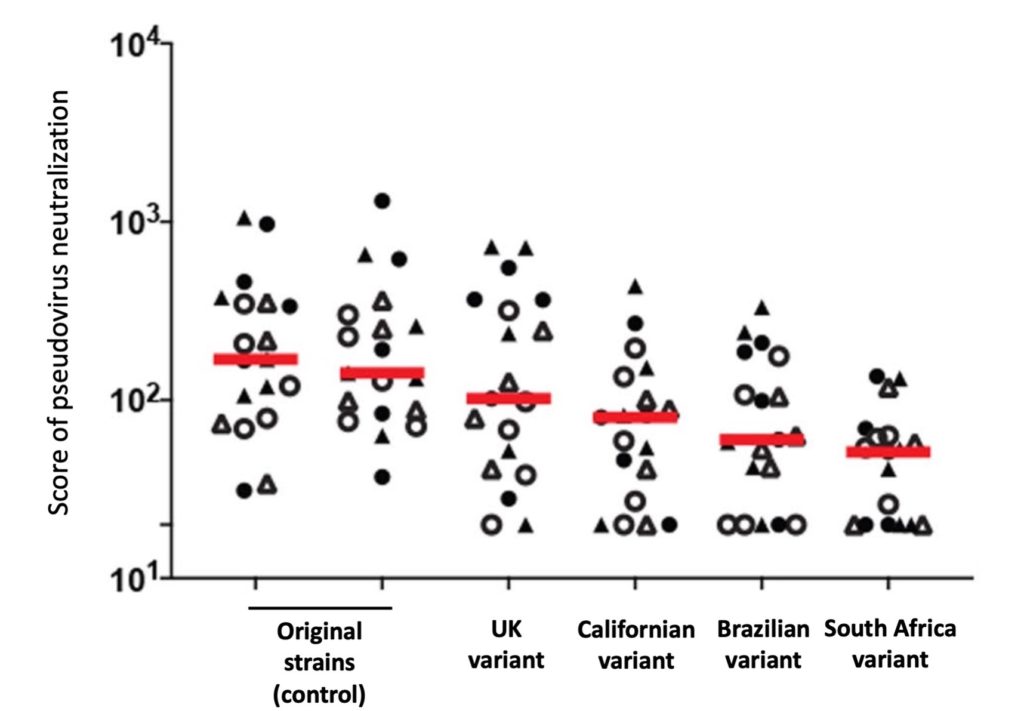